The victims were found inside a vehicle that had crashed into a telephone pole and then a fire hydrant.
KFSN
By Elisa Navarro 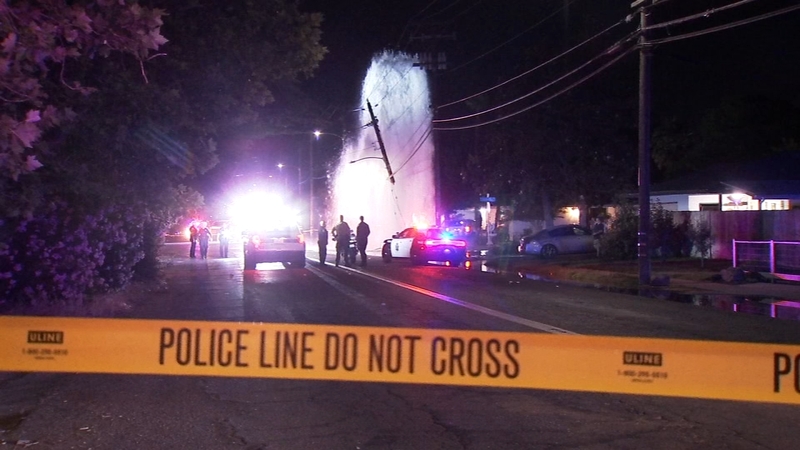 FRESNO, Calif. (KFSN) -- Two people were found shot in northwest Fresno inside a vehicle that crashed into a telephone pole and a fire hydrant on Wednesday night.

It happened at Fruit and Santa Ana Avenues, south of Shaw Avenue, shortly before 11:00 pm.

Police say an SUV hit the telephone pole and then ran over a fire hydrant, sending water shooting into the air.

Two of the three men inside the vehicle were found suffering from gunshot wounds. Another man in the SUV was injured in the crash.

All the victims were taken to Community Regional Medical Center, where they are expected to survive their injuries.

Fresno firefighters and PG&E crews were on the scene because power lines held up a large part of the telephone pole.

The crash left a neighborhood without electricity during a long, hot night. The power was shut off in the area so crews could replace the pole safely.

Fresno police are still looking for another vehicle that may have been involved.

"The crime scene here is pretty far. It starts here on fruit and goes a significant distance. Shell casings are throughout the work way there," said Fresno Police Lt. Paul Cervantes.

The streets are still closed as utility crews work to make repairs.