The church is now suing the theater's owners, saying they want the deal completed and coverage of the church's legal fees.
KFSN 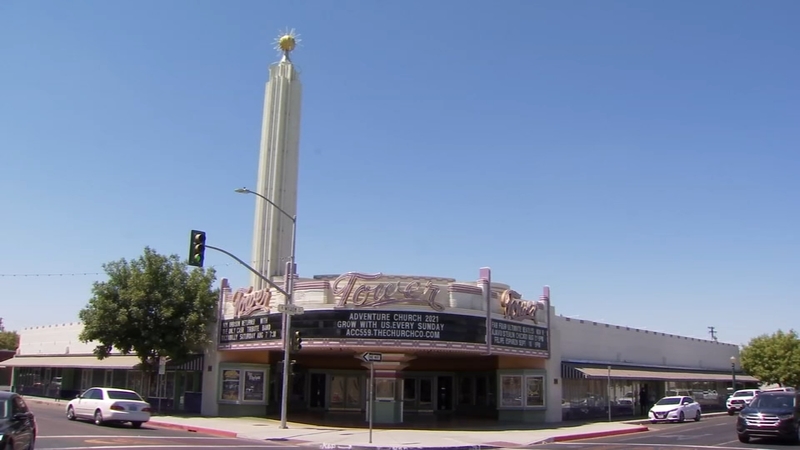 FRESNO, Calif. (KFSN) -- Adventure Church has filed a lawsuit against the owners of Fresno's Tower Theatre, claiming a breach of contract for the sale of the historic theater.

The church says it agreed to purchase the entire property for $4.8 million.

Two months later, Adventure's leaders say they discovered Sequoia Brewing Company, located within the theater, may have the first right to refusal -- the right to buy the brewery's portion of the property.

Church says it agreed to purchase entire property for $4.8 million.
2 months later, they discovered @SequoiaBrewCo may have right of first refusal — the contractual right to buy the brewery portion of the property to the brewery.
(Brewery didn’t know about deal at this point.) pic.twitter.com/M203YLQ001

According to the lawsuit, the church's representatives claim the theater's owner, Laurence Abbate, told them "there was nothing to worry about" went it came to Sequoia Brewing's first right of refusal.

But when Sequoia Brewing's owners found out about the deal, they sued to stop the sale.

Last month, an appellate court ruled the Tower Theatre's ownership had acted in bad faith when it came to their deal with Sequoia Brewing, and the sale was halted.

The church is now suing the theater's owners, saying they want the deal completed and coverage of the church's legal fees.

And here’s what the church is demanding from Tower Theatre ownership: Complete the deal and pay the church’s legal costs.
Theater ownership is already on the hook for Sequoia’s attorneys’ fees in the back-and-forth over that contract. pic.twitter.com/yZIiebJ0Ux

Church leaders say they would be willing to break up the property and only purchase the portion that does not house Sequoia Brewing.