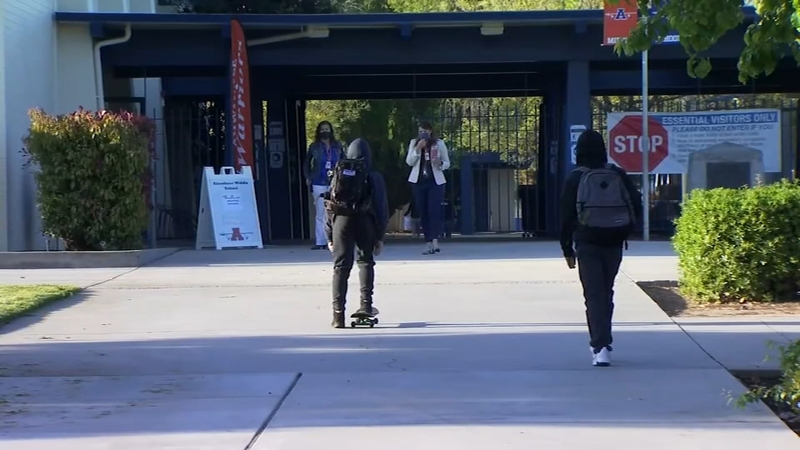 FRESNO, Calif. (KFSN) -- Schools across the state, including here in the Valley are seeing a dip in enrollment numbers. The California Department of Education says it's seen a decrease of over 160,000 students in the past year.

At Fresno Unified, they say the majority is kindergartners.

"Kindergarten students are just becoming familiar with technology, so I think for many families because it's not mandatory, they've chosen to start next year," said Ambra O'Connor with FUSD's Department of Prevention and Intervention.

They've lost more than 1,000 students this school year. Nearly half of those students left for another school district in California and almost 15% switched to charter schools. They say a small percentage still haven't been found yet.

"We still have 2% we're trying to locate, many families move to Mexico and it's hard to confirm enrollment," said O'Connor. "We have principals making home visits, phone calls, really just doing everything to locate."

Clovis Unified has also seen a drop when it comes to its littlest learners.

"Some decided early on they were going to a different teaching method, either private school or a surrounding district," said CUSD Deputy Superintendent Norm Anderson.

Enrollment has dropped by roughly 900 students. Like Fresno Unified, they're focused on getting those students back in the classroom this fall.

"Most of ours have been kindergarteners that have just not come, so we're actually projecting there could be a large bubble that comes this year and we're planning for that," added Anderson.