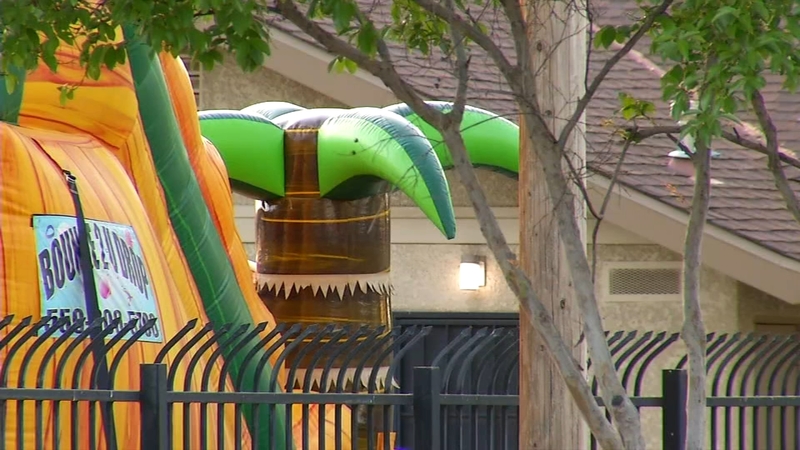 FRESNO, Calif. (KFSN) -- A 5-year-old girl was injured at a child's birthday party in southwest Fresno when a gun went off in the middle of the celebration.

The terrifying ordeal took place just before 6 on Thursday evening in southwest Fresno near Kern and Collins where about 20 kids were gathered for the festivities.

Fresno police say someone at the party had a gun in their pocket, which accidentally went off.

A single bullet was fired, sending partygoers into a panic and grazing the young girl's back.

After the shooting happened, family members took the 5-year-old to a home a few miles away near Walnut and Jensen.

She was taken to the hospital and is expected to make a full recovery.

Officers say they're still searching for the man responsible.

They're also trying to determine if he was attending the party or was just happened to be in the area.

NOTE: An earlier version of this story said the injured girl is 4 years old based on information by police. She is actually 5 years old.

Just a couple blocks away, officers also responded to reports of a gunshot victim.

When they arrived to the area of Tulare and A streets, they found a man in his mid-twenties had been shot in the lower body.

The victim was taken to the hospital for treatment, and is expected to survive.