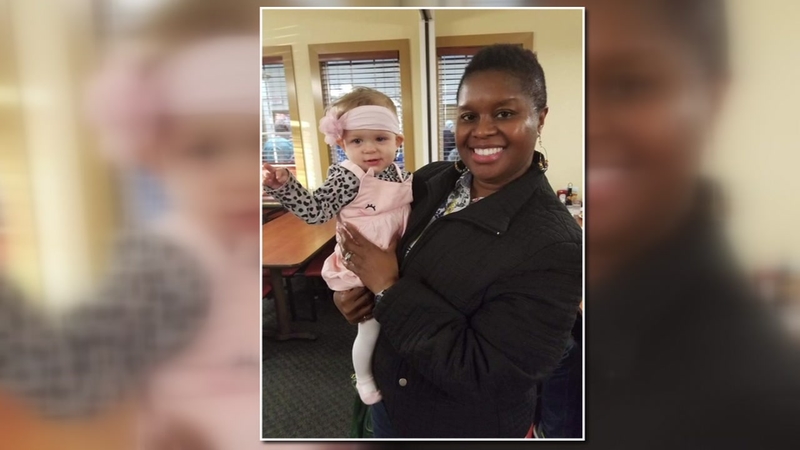 Hannah Jarvis said she was eating dinner with her family when her 7-month-old daughter Calli started choking.

"I had just walked back in from getting some food," Calli's grandfather Cimarron Waldrup told WLOS. "I noticed something was going on wrong. They were getting out napkins. I thought she was just spitting up."

Jarvis said a waitress came by and tried to help. When things got worse, the waitress yelled out, asking if anyone in the restaurant could help.

"The folks turned to my grandbaby, and that's when that lady that saved her came up." Waldrup recalled with tears in his eyes.

"This lady named Deborah intervened," Jarvis said. "She held her down, like this, taking multiple blows to her back. It was miraculous, she started breathing again. She told me her name is Deborah Rouse."

Deborah did what is commonly considered the best technique to help a choking infant: blows to the back.

Jarvis said she thanked Rouse with a hug. However, because of the chaos of the moment, Jarvis doesn't think she did enough to thank the woman who saved her baby's life.