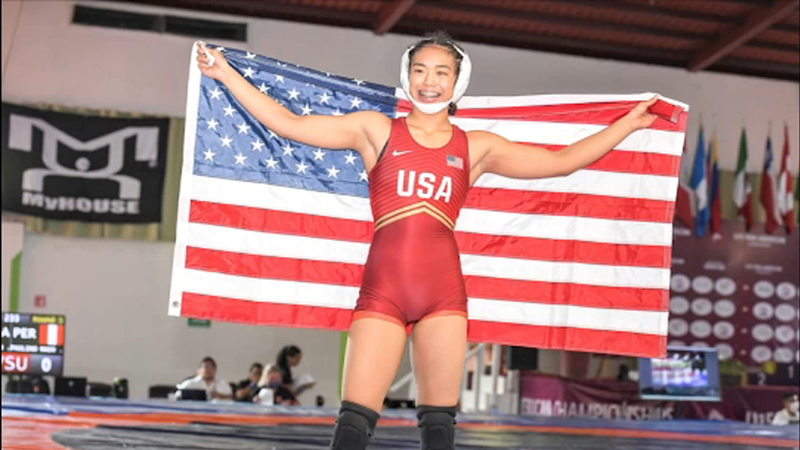 Wrestling since the 4th grade, this mild-mannered teenager has built quite the reputation for being "good on her feet" despite her tiny stature and big smile.

Bella is one of just a handful of girls who compete at the local high school level but her ability and dedication in this male-driven sport have made her more than just a circus act.

The 14-year-old recently represented the United States at the Pan-American Games in Mexico where she brought home the gold medal for her weight class.

"Going into it, I was really nervous," she said. "Not necessarily scared, but I knew I was prepared for this and I was just really ready for it."

Yes, Bella competes against other girls but because there are so few female wrestlers, she grew up oftentimes having to go up against boys.

"It has happened a lot where they're going to put it out there, especially in Clovis since boy's wrestling is really big, I can't lose to a girl," she said.

Clovis East wrestling coach Josh Adams calls Bella a great ambassador for girl's wrestling and believes she has the skillset and determination needed to reach the sport's pinnacle.

This straight-A student has dreams of competing in the Olympics someday but in the meantime, wants to encourage other girls to give wrestling a try.

"I've had that happen a lot where they've come up to me and say, 'I want to be like you one day.' but I just keep telling them you got to stay focused, you got to keep with it," she said. "I know it might seem hard and you might want to quit but if you stick with it, you're going to get there."

Bella says she looks forward to one day representing the United States on the wrestling mat alongside her younger sister, who has recently taken up the sport as well.