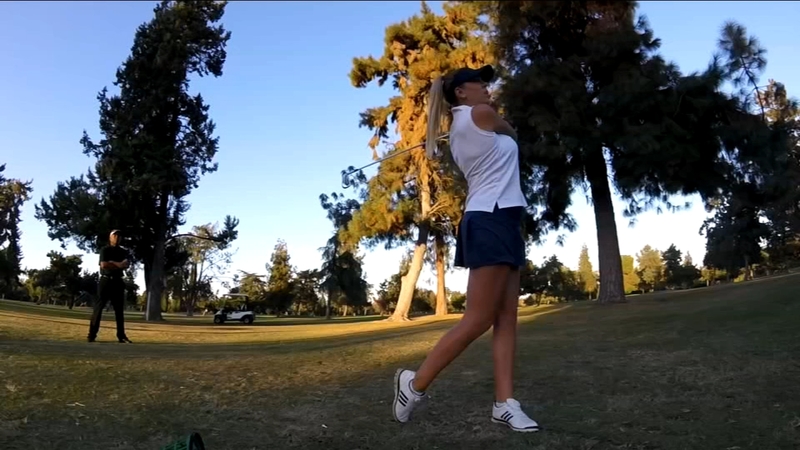 FRESNO, Calif. (KFSN) -- If you ever get the chance to watch Memorial junior Meredith McDougal swing the golf club it looks almost effortless.

"She was first in line when it comes to physical gifts for sports in general and golf in particular," McDougal's swing coach, Doug Scrivner said.

Growing up playing travel soccer and travel basketball at the time-she didn't pick up golf until the sixth grade.

"She really took to it like a duck to water. I mean her first handicap was a 10," said Meredith's dad Paul McDougal.

At the valley championships her freshman year she finished in fourth place. The highest of any freshmen--something that looked to have her set for a historic four year high school career.

"We're like why can't you hit the ball farther and she's like 'I'm trying, I'm trying' and she was trying," said SJM Head Coach Tony Smith.

Something was clearly wrong. But Meredith played through it-refusing to let down her team.

"I just felt so winded and tired and achey all the time and I would just go home and cry because I was in so much pain from the day and I would always try to put on a front. Everyone thought I was fine. But inside I wasn't," said Meredith.

After countless trips to different doctor's-she was finally diagnosed with Grave's Disease-an immune system disorder that once treated-had her back to her old self in no time.

This year she's picked up four wins--but the biggest came at the valley championship. Earlier this month-she shot a 71 to win the section title by five shots.

"It was the greatest feeling. I kind of felt like I was going to cry afterwards because I was just so excited and so happy because I've worked so hard. I've never worked this hard for anything in my whole entire life and it was like wow it finally paid off," said Meredith.

Now that she's back to health and getting the results-she hope to play golf at the Division-I level and maybe one day-go pro.