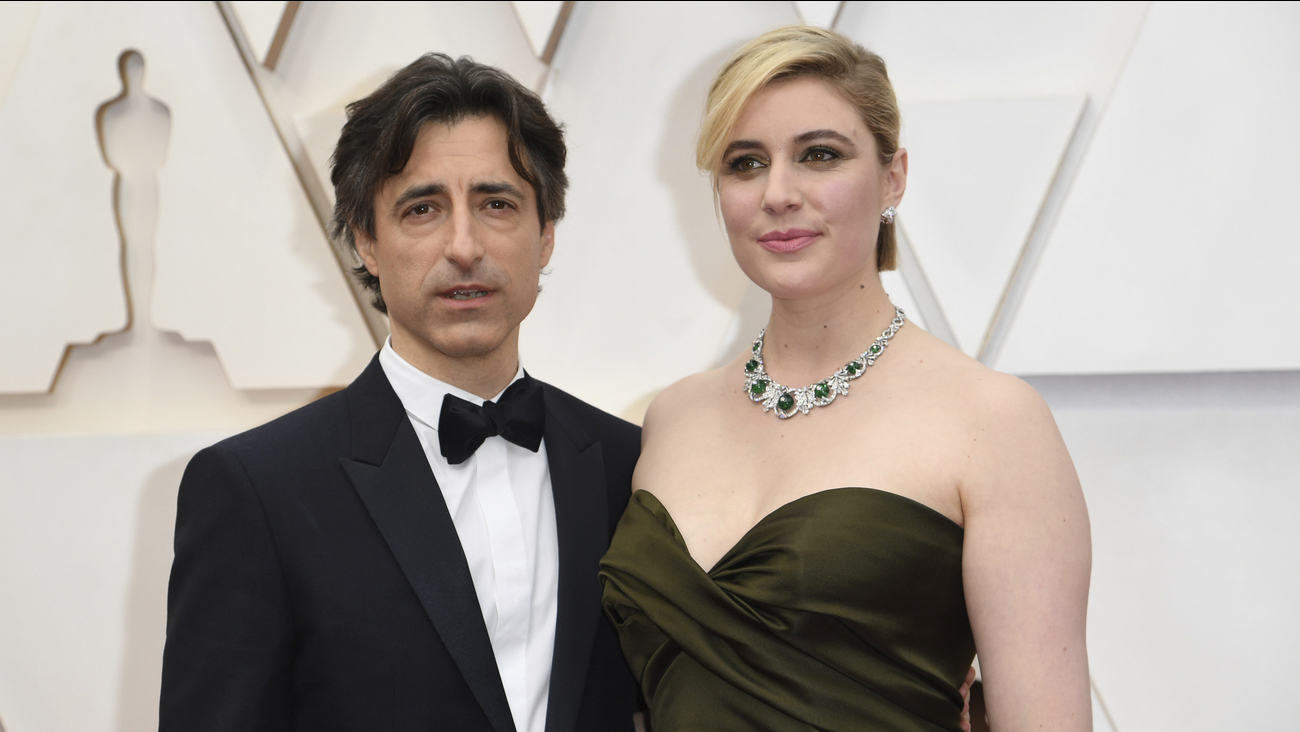 Noah Baumbach, left, and Greta Gerwig arrive at the Oscars on Sunday, Feb. 9, 2020, at the Dolby Theatre in Los Angeles. (Photo by Richard Shotwell/Invision/AP)

LOS ANGELES -- "Little Women" director Greta Gerwig and her fiance, "Marriage Story" director Noah Baumbach may have both lost their respective categories, but they won over hearts.

The directing duo shared the spotlight at this year's Academy Awards for their respective films.

The engaged couple posed together and separately on the red carpet as they both celebrated their nominations at the Oscars Sunday.

Both films are nominated for best picture.

Many in the film industry have criticized the Academy Awards after Gerwig wasn't nominated for best director. No female directors were nominated in the category this year.

Natalie Portman made a fashion statement on the red carpet calling attention to the issue. The actress wore a Dior cape embroidered with the names of all the female directors who were not nominated in the category.