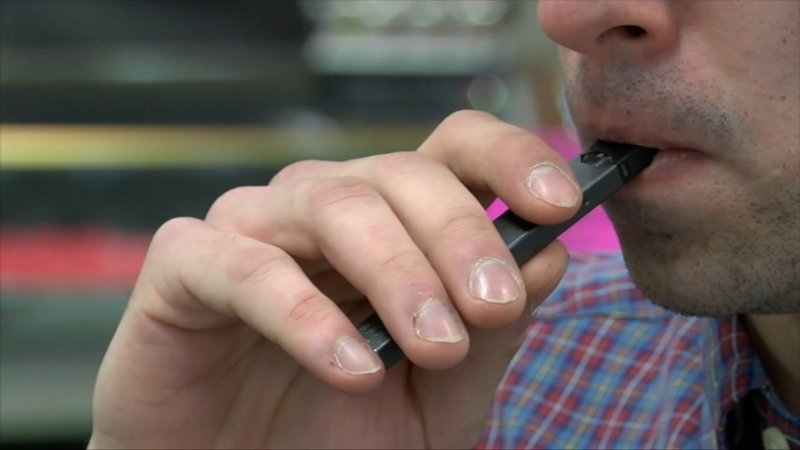 The symptoms start out flu-like, shortness of breath, fatigue, a loss of appetite, nausea and confusion, but they can quickly escalate.

"We've had patients so sick that they've had to be admitted to the ICU and then put on mechanical ventilators so it can be quite serious," Hill said.

Each case brought to the hospital involved otherwise healthy adults, apart from one commonality, all the individuals were vaping THC or CBD, or a combination of both.

According to Hill, the vape cartridges were bought from pop-up shops.

"They pop up for a couple of hours they're advertised by word of mouth and then they close down and move on these pop-up shops are usually not licensed not regulated and they don't follow the safety practices a regular distributor would," he said.

Health experts say vaping is still a relatively new market, so studies about any adverse effects are still ongoing.

"There's been reported seizures in Wisconsin there are also young adults in Wisconsin and Illinois that are coming down with the same respiratory issues as here," Hill said.