The Merced County District Attorney's Office says Harkirat Singh has been charged with felony murder in the death of his wife.
KFSN 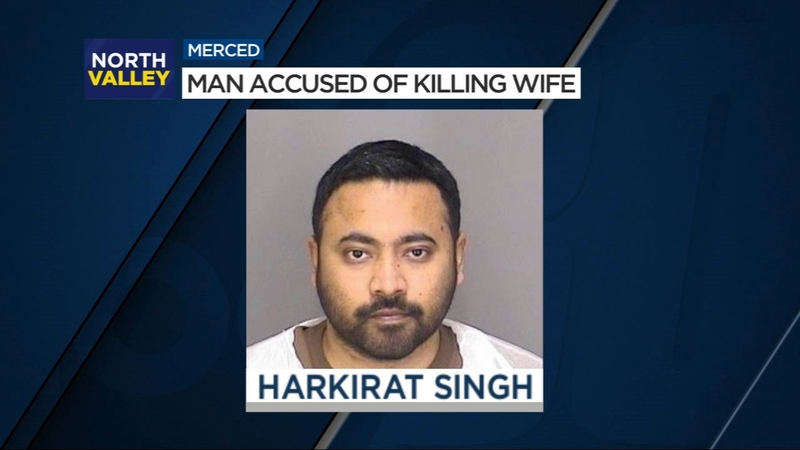 FRESNO, Calif. (KFSN) -- Charges have been filed against a Merced man accused of killing his wife.

The Merced County District Attorney's Office says 34-year-old Harkirat Singh has been charged with felony murder in the death of his wife, 30-year-old Gurpreet Kaur.

Merced Police responded to reports of a homicide at a home on Alviso Drive near Highway 59 and Yosemite Avenue last Saturday afternoon.

Kaur was found dead inside the house.

Investigators say Singh was home when the officers arrived. After investigating, police say they believed he was the killer and arrested him.

Authorities say the couple had a history of domestic violence.

Singh was booked into the Merced County jail on $1 million bail. He will appear in court on April 19.