KFSN
By Corin Hoggard
FRESNO, Calif. (KFSN) -- The headline "Close All Gatherings to Fight" the deadly outbreak sounds ripped from the home page of any news website over the last month.

But when Dr. Ethan Kytle spotted the drastic public health intervention, it was during week three of the pandemic of 1918.

"I'm a historian," he said. "I often tend to think about the past or look to the past when I'm trying to process big changes."

Looking through the archives of the Fresno Morning Republican, he started writing up "Dispatches from Fresno" every week, unfolding a story parallel to our experience.

Among the similarities, he found an early response in Fresno compared to other cities after the Spanish flu appeared in early October.

"By the middle of the month, you see the city health officers, the mayor, and others start to implement various social distancing measures," Dr. Kytle said. "They shut down schools, as we have here. They outlaw public gatherings. They shut down churches."

Masks became mandatory in 1918 as well, but back then the mayor -- who caught the flu himself -- ordered police to enforce the order, and several violators got arrested.

The city did shut down churches, but allowed them to perform outdoor services, and even though they also shut down some businesses, they let department stores and saloons stay open.

Dr. Kytle says the evolution of medicine has helped us reduce the impact of coronavirus, but he's watching for another parallel that could prove problematic: A second wave.

"They reopen schools for a while," he said. "They reopen theaters. Movie star Fatty Arbuckle comes to town to celebrate the reopening of theaters in Fresno in late November. By mid-December, the flu strikes again. Hundreds of people are getting sick a day."

More than 250 of Fresno's 45,000 people died in the two waves of Spanish flu pandemic. They lasted about four to five months and Dr. Kytle intends to keep sending weekly dispatches for the entire timeframe to finish off the historical comparison. 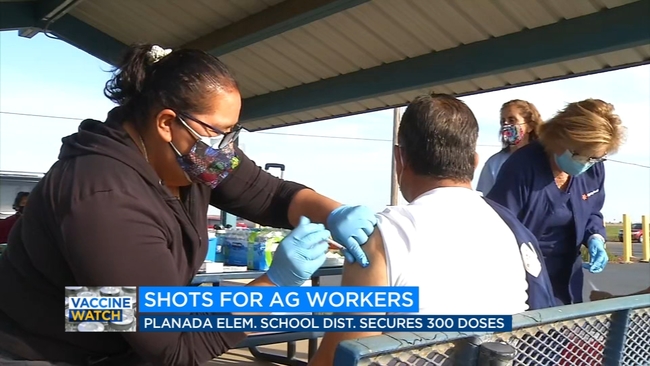