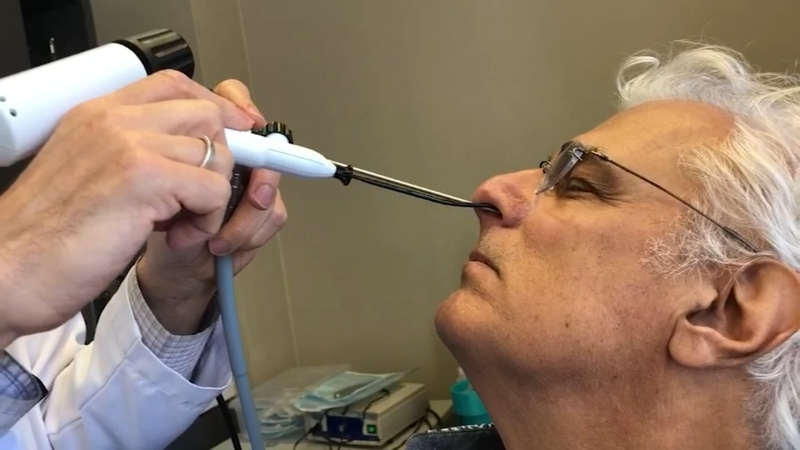 NEW YORK CITY, (KFSN) -- Nasal congestion can be treated with over- the- counter medication, prescription drugs, or even surgery as a last resort. But now, an FDA- approved therapy means patients can be treated in the doctor's office and avoid the unpleasant side effects and recovery time of an invasive treatment.

David Gorovoy has had a tough time breathing through his nose for years. It's especially hard on this medical resident who is often on duty or on call.

Gorovoy said, "Mainly I wasn't getting a great night sleep and I would snore too."

"Basically, he said he would shrink down some of the tissues in the nasal passage and that would help open them up," Gorovoy told Ivanhoe.

ClariFix uses cryotherapy to freeze nerves at the back of the nose that are out of balance. Once they are treated, the nerves no longer send the signal to drip or run. The procedure takes up to 20 minutes compared to a nearly four hour surgery.

"It takes about 15 minutes to make them numb, and literally less than a minute and we've made a big difference. It's only the small area here at the end that actually touches the patient in the back of the nose, and we apply that to the back of the nose where the nerve exits out," said Dr. Levitin.

Patients start feeling the results within a few days of treatment.

"Makes a huge difference being able to do your job more accurately; you know that's priceless," said Gorovoy.

And the best part, it is a one and done procedure.

"It's been a real game changer for a lot of patients," said Dr. Levitin.