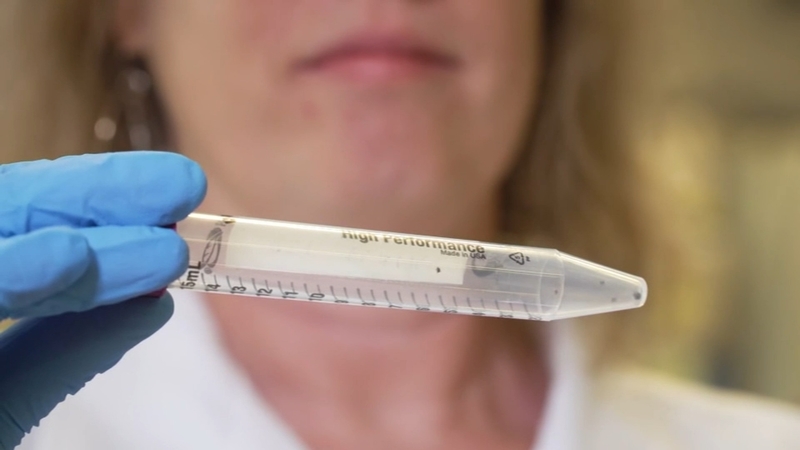 ORLANDO, Fla. (KFSN) -- Lyme disease is caused by the bite of an infected black legged tick. The infection can be treated with antibiotics, but unless it's caught early, it can cause serious, long-lasting side effects-like joint pain and fatigue.

When Carrie Perry takes Roxy out to play, she gets a rubdown with tick repellent. There's no way Perry wants to risk a tick inside her home. That's because Perry's daughter Samantha had a three-year long battle with Lyme disease starting in December of her sophomore year.

But a few weeks later, Sam began feeling exhausted. The competitive athlete kept going, despite joint pain and nausea. In about seventy percent of the cases, patients develop a bullseye-shaped rash. Sam had no rash, so Lyme was overlooked for seven months. Mollie W. Jewett, PhD, Associate Professor, Division Head of Immunity and Pathogenesis, Burnett School of Biomedical Sciences at the UCF College of Medicine says there's a window of time after a tick bite when infection is difficult to detect.

Jewett explained, "As the infection persists longer and longer over time those bacteria can move from that tick bite site to different places in the body."

Jewett and her team are researching how the bacteria evades the immune system. They're developing a new diagnostic test of a patient's blood for the very early presence of the bacteria. After Sam's diagnosis, she took antibiotics, but it was eight weeks of hyperbaric oxygen therapy that finally did the trick. She's now a college junior studying abroad in Spain. Recovered after years of agony.