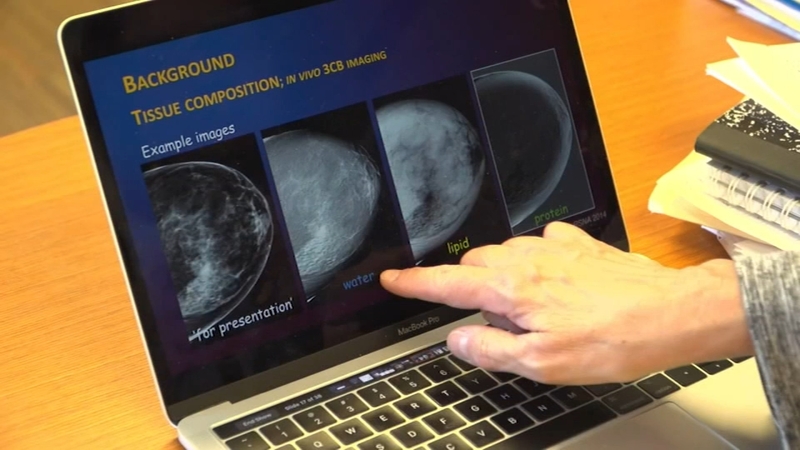 One out of eight women will be diagnosed with breast cancer at some point in their lifetime. Early detection is the best tool to increase survival rates. Now researchers are looking at a new way to confirm cancer faster during a mammogram while reducing the need for additional testing or unnecessary breast biopsies.

It's a terrifying moment for any woman. A doctor says they have found something during her mammogram.

"Many women are recalled unnecessarily, which causes anxiety. Do I have cancer or not?" said Karen Drukker, PhD, MBA, Research Associate Professor at the University of Chicago.

An abnormal finding on the mammogram can lead to a biopsy, which can be invasive. A majority of the time, the finding turns out to be benign. That's why researchers are studying a new technique called three-compartment breast imaging, or 3CB.

"That is imaging, x-ray imaging that uses x-rays of multiple energies so that you can characterize the tumor and tissue," said Maryellen Giger, PhD, Professor of Radiology at the University of Chicago.

"It can measure the three compartments of breast tissue, which are water, lipid, and protein," Drukker explained.

By measuring these components and using an artificial intelligence method developed by Professor Giger called mammography radiomics, the team can find different digital characteristics to help distinguish a cancerous tumor from a non-cancerous one. They tested this technique on more than 100 patient mammograms.

Drukker said, "We were able to reduce the number of biopsies by about 30 percent."

While also increasing the ability to predict cancer from 32 percent to 50 percent compared to visual interpretation alone. An added benefit is that this technique is not invasive. The team is able to get all this extra information with only a ten percent additional dose of radiation during the mammogram.

Further testing still needs to be done before this technique can be available to patients. The next step for the team is to study this technique on 3D mammograms.