Doctors seeing a spike in number of kids with respiratory problems

KFSN
By Dale Yurong
MADERA COUNTY, Calif. (KFSN) -- The Ferguson Fire in Mariposa County continued to grow and send smoke into the mountains, foothills and down through the entire valley.

Whether it's tightness in the chest or a headache, breathing has become more difficult for a growing number of people. No matter what your vantage point there was no escaping that thick smoky haze which has settled over the valley.

A NASA map showed how widespread wildfire smoke is around California.

The heat and smog brought an early end to a photo shoot for Pahe Vongxay's daughters at Woodward Park.

Vongxay said, "We're telling them to do this pose and that pose, and she started going crazy. I wanna go. I wanna go."

Vongxay told us her husband couldn't spend much time outdoors because of all the smoke. "He has a lot of allergies, so he does a lot of the coughing and the sneezing right now."

Doctors at Valley Children's Hospital have been seeing a lot of that lately.

Pediatric Pulmonologist Dr. Lauro Roberto has noticed a spike in the number of kids being seen for respiratory problems.
Dr. Roberto said, "They're having a lot more coughing especially at night time. More wheezing, unable to play outside, so it's just been horrible for most of those kids."

He encouraged parents to check the on-line air quality index and said they should keep their kids inside if it is above 100.

Many families have found swimming pools to be refreshing but keep in mind you're still breathing in bad air.

Dr. Roberto explained, "They forget the air is still there whether you're cooling off or not. You're inhaling all those bad particulates which causes damage to your lungs."

It may explain the coughing and headache you get afterward.

Dr. Roberto suggested you take your child to see a doctor if he or she has difficulty breathing or if you notice a dry cough becoming more consistent.
Report a correction or typo
Related topics:
health & fitnessmariposa countymadera countyfresno countyhealthvalley childrens hospitalforest fireair qualitywildfiresmoke
Copyright © 2021 KFSN-TV. All Rights Reserved.
AIR QUALITY 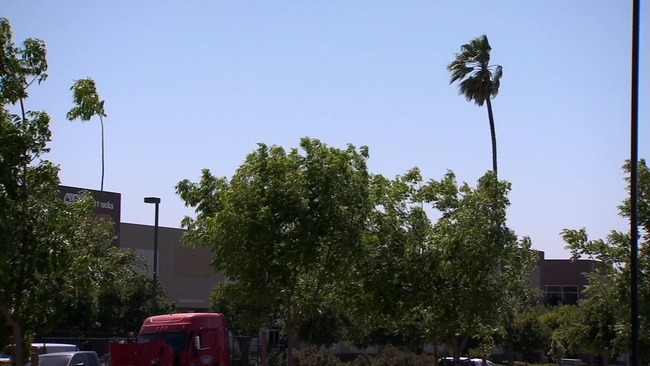 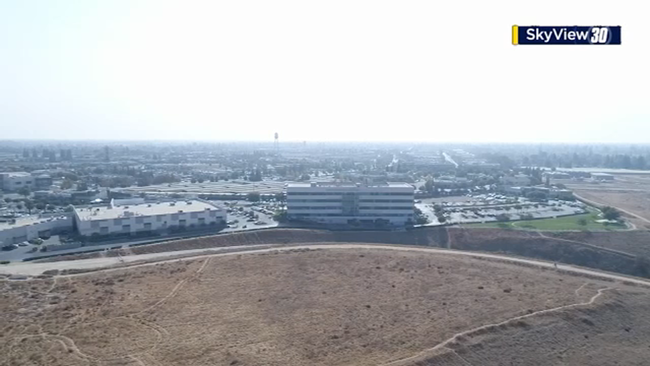