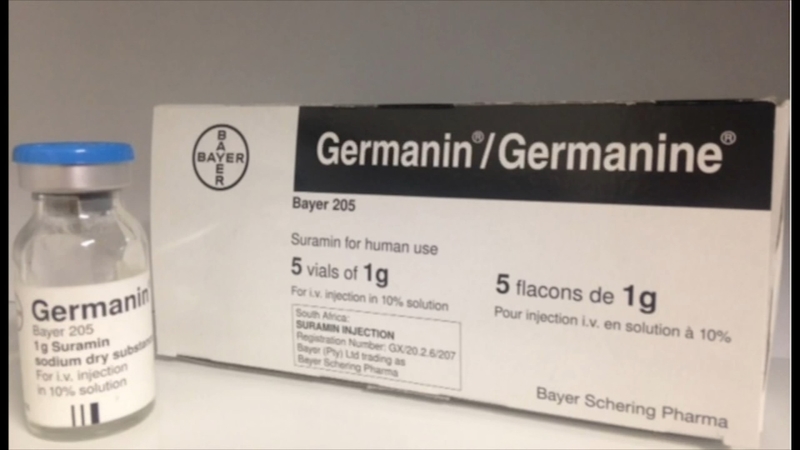 SAN DIEGO (KFSN) -- The CDC estimates that one in 68 children in the U.S. is on the autism spectrum. Right now, there are no FDA approved treatments for the disorder or its symptoms, which can include difficulty with social skills, communication, and repetitive behavior. That's why results from a small clinical trial in San Diego have grabbed the attention of researchers and families.

Dr. Robert Naviaux suspected the cause of autism might be metabolic dysfunction, where the energy molecule ATP is "outside" cells. He researched more than two thousand drugs and found one that might help. That drug was Suramin. Dr. Naviaux tested one dose in a clinical trial of ten boys. Five got the drug.

Dr. Naviaux shared, "Children began to talk sometimes for the first time in sentences in their life."

Boys who got Suramin had autism severity scores drop from eight-point-six to seven, the lowest point on the spectrum. They improved social, language and fine motor skills, and found relief from repetitive motions and fragmented sleep. Miles McInerney was in the trial but did not receive Suramin; he still wanted to help.

"I should generally be interested in the ability to possibly find a way that people with worse autism or struggle more with autism than I do, to possibly be able to find a solution that can help them better communicate," said McInerney.

He now uses rowing to reduce the stress related to his autism. For those who did get the drug, Dr. Naviaux says most but not all the effects wore off in eight weeks.

McInerney and his mom are encouraged by the results.

Dr. Naviaux says next there will be several phase two trials to determine safety and efficacy for Suramin. He suspects it will be three to five years before phase three trials begin.