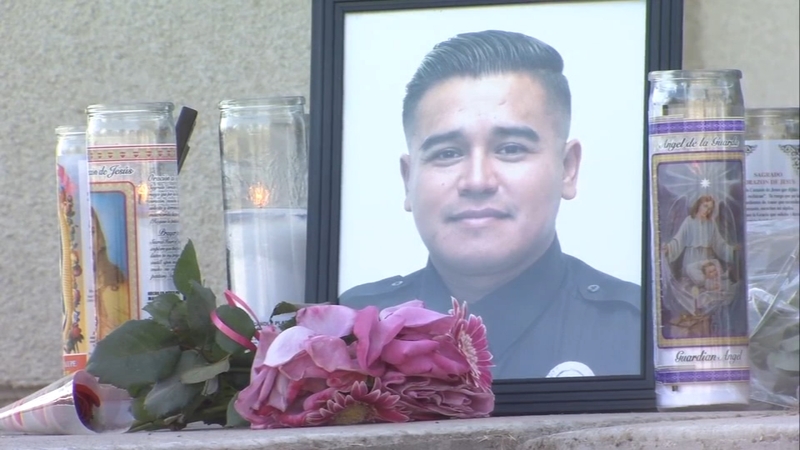 LEMOORE, Calif. (KFSN) -- The flag in front of the Lemoore police station flies at half staff as a somber reminder of a life lost way too early.

Officer Jonathan Diaz was killed Saturday while off duty at a birthday party in Hanford.

"He worked with members from every agency in Kings County, so it not only affects our Lemoore PD family, but it's going to affect every agency in the county," said interim police chief Mike Kendall. 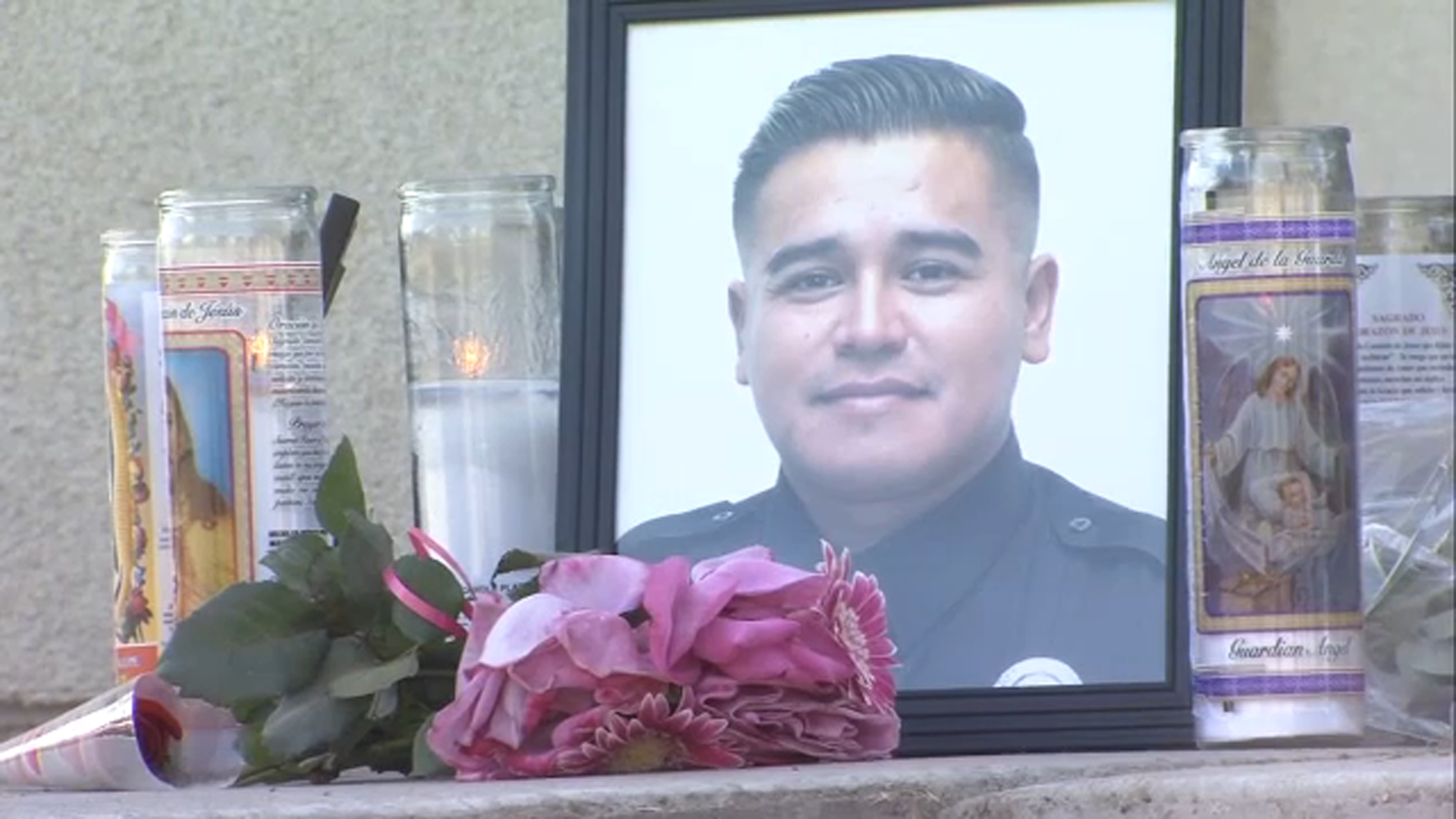 People from the community have dropped off pictures, flowers and candles at the Lemoore police station. Diaz's death shook the community and the department.

According to detectives, county welfare fraud investigator Ramiro Trevino, Jr. opened fire on Diaz as well as his 58-year-old father, Ramiro Trevino, Sr., before turning the gun on himself.

Police say the two victims were trying to calm Trevino, Jr. down following a violent argument with his girlfriend.

Kendall calls Diaz a hero for stepping in to try and defuse the situation.

"I believe he saved a life from a department's standpoint. I will treat it as an in the line of duty death," he said.

Diaz's brother says, before Saturday, they treated Trevino, Jr. like he was a member of their family. According to him, none of Diaz's immediate family members or girlfriend were with him at the part when the violence erupted.

"I think he was just trying to control the situation, knowing him. Trying to calm his friend down, trying to make him realize what he was doing, and it just didn't happen that way," said Juan Diaz.

A fast riser in the department, Jonathan Diaz was hired on full-time in 2017 and was recently promoted to the Major Crimes Task Force. He was 31 years old and left behind three children, including a 10-month-old daughter. 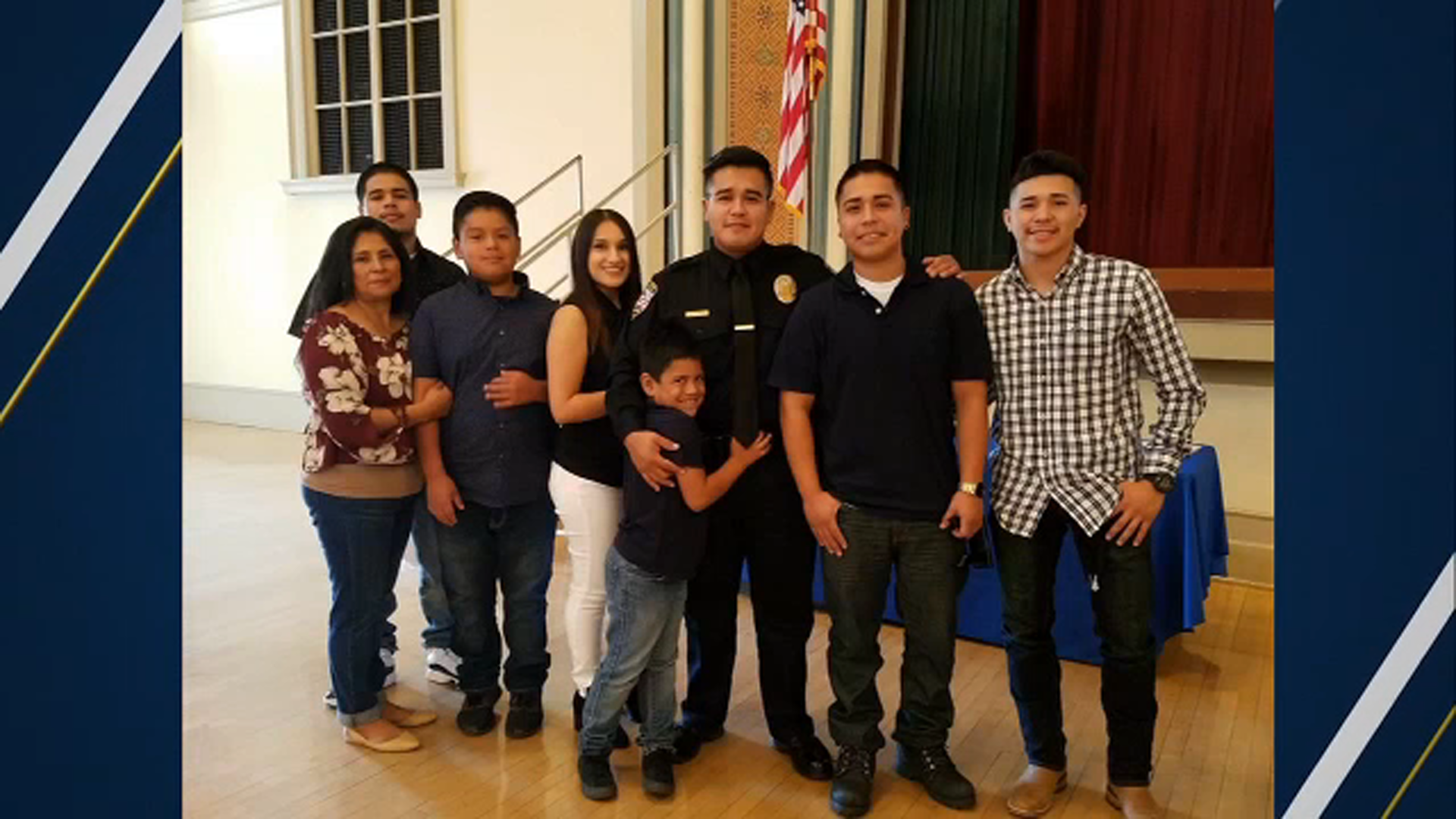 "He always wanted to do better, not only for himself but for the community," Diaz's girlfriend, Victoria Gonzalez, told Action News.

"He always wanted to do better, not only for himself but for the community," Diaz's girlfriend, Victoria Gonzalez, told Action News. "He said he wanted to help any way he could to get gangs off the streets, especially for his family. That's all he wanted."