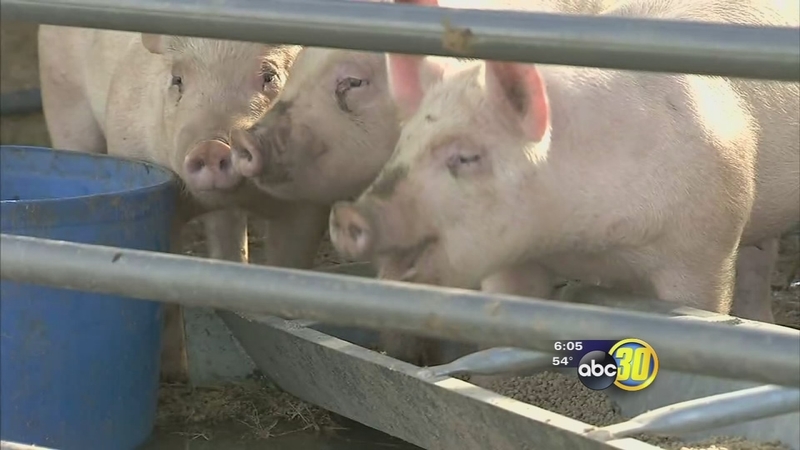 DELHI, Calif. (KFSN) -- A short search ended in a horrifying discovery after a Delhi High School student found a pig strangled and stabbed.

"This is something right out of a psychotic murder, thriller type movie," said William Snyder, Delhi FFA advisor.

Snyder said the pig was put in a pen during the storm on Friday. On Sunday, he said a student called him saying her pig was missing, then, she called him again 10 minutes later when she made the brutal discovery.

"She was almost in tears-- she was pretty tore up," said Snyder.

Snyder said the image of the pig hung and burned was shared on Snapchat.

Merced County Sheriff's deputies are investigating the case as a felony. Sheriff Vern Warnke said as someone who raised several animals himself, including pigs, it's an issue that hits close to home.

"When you understand the dynamic and the dependence of these animals, I take that very seriously. And as the Sheriff of this county, I won't put up with it, and I don't care where it is it's not going to happen or be tolerated."

The school did not go into details but said there are procedures in place to deal with this situation.

"We had an isolated incident this weekend and we are dealing with it accordingly. As it related to students, I'm not going to share that at this time," said Adolfo Melara, Delhi Unified Superintendent.

Authorities are still working to get footage from the school to try and find the suspect behind this act. They said once they have the person responsible, they can figure out the motive.