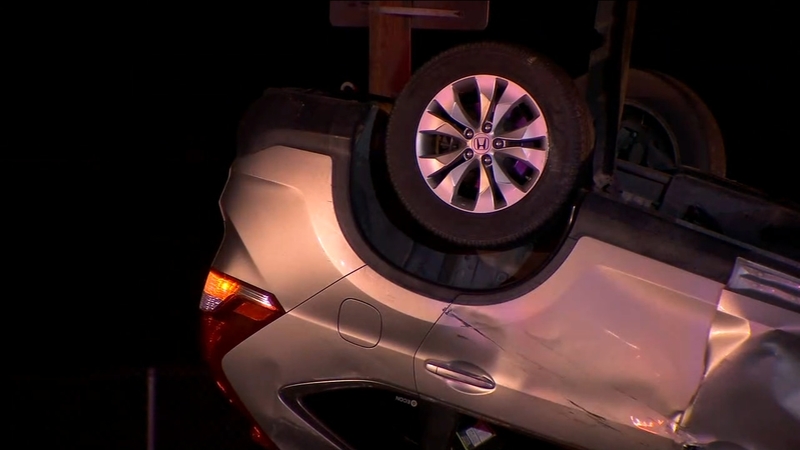 FRESNO, Calif. (KFSN) -- A driver who caused a 7-vehicle rollover crash on Highway 180 Sunday night has been arrested for suspicion of DUI.

We’re #live at De Wolf & Highway 180 following last nights multi-car collision. 7 cars were involved after a drunk driver caused the chain reaction. According to CHP Multiple people are in critical or major condition including a child. @ABC30 pic.twitter.com/7LJEtUXR1S

The Highway Patrol says the driver was speeding Eastbound on Highway 180 past Temperance just before 8 p.m. on Sunday night when he hit the back of a slower car, lost control of his vehicle and crossed over the center median.

He then crashed into several vehicles heading Westbound.

Seven vehicles in total were involved in the crash.

The driver who caused the crash was also seriously injured, but is expected to survive.