Lawmakers, loved ones of victims call for widening of Highway 41 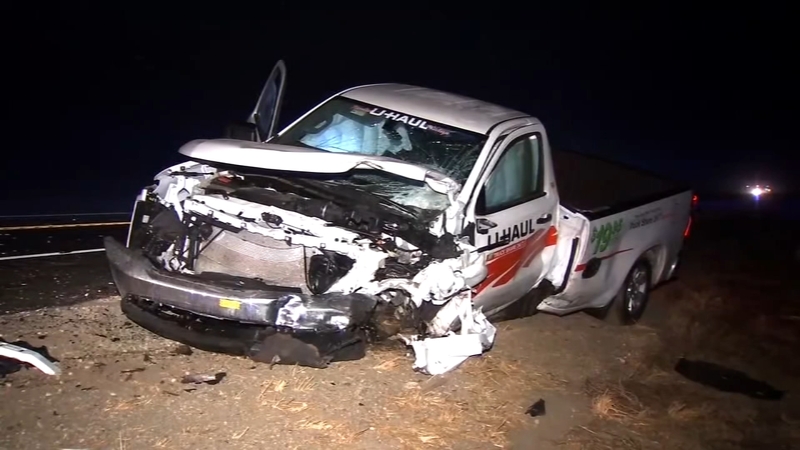 Lawmakers, loved ones of victims call for widening of Highway 41

FRESNO COUNTY, Calif. (KFSN) -- This year, four people have died in crashes on the stretch of Highway 41 between Fresno and Lemoore, where traffic suddenly needs to squeeze into one lane in each direction.

On Friday lawmakers and the families of the victims came together to advocate for safety improvements to the highway. Assemblyman Jim Patterson called the six-mile, two-lane stretch between Elkhorn Ave and Lemoore a 'death trap'.

In September, 40-year-old Ken Atkins was commuting to his dream job at Naval Air Station Lemoore.

Ken's car was hit head-on by a driver who was attempting to pass several cars. He didn't survive.

"I lost my best friend, my partner, my future in a moment," says his wife Misty Atkins. "A two-lane road that is that narrow... you can't avoid someone else and what their decisions are

His widow and loved ones have made it their mission to make safety improvements to the two-lane stretch of Highway 41 between Elkhorn and Excelsior Ave.

"I'm just thankful I could maybe make a change in his name," she says.

They started a Facebook group to advocate for widening the portion of Highway 41. It's gained the support of over 4,600 people, some of who have lost loved ones on the same road.

"He was barely starting. He was on his way back from Hanford that night," says Carrillo

CHP says a driver under the influence of drugs crossed over into the northbound lane and crashed head-on into his car.

Fresno County Supervisor Buddy Mendes says the dangers of the 6.2-mile stretch of highway have been on Caltrans' radar for decades.

"This is something that should have never happened," says Mendes.

Right now, the widening of the highway is slated for 2025. But advocates say potentially life-saving upgrades, like temporary lane dividers, need to be made immediately.

Fresno Assemblyman Jim Patterson says it's a matter of priority.

"I know first hand. I sit on the budget committee. It is budget dust," says Patterson.

In the meantime, those who have lost loved ones on this road are taking matters into their own hands by speaking out.

"If I can take this away from a family and they don't have to go through this...what we are going through," says Carrillo.

Atkins hopes placing signs along the side of the highway will warn of its deadly consequences.

"I saw his car personally and it was a really hard day," says Atkins. "Now maybe they see that and don't make that decision to hurt another family the way that we were hurt."

Caltrans says it's installed four signs alerting drivers on where the highway widens and drivers can pass other vehicles.