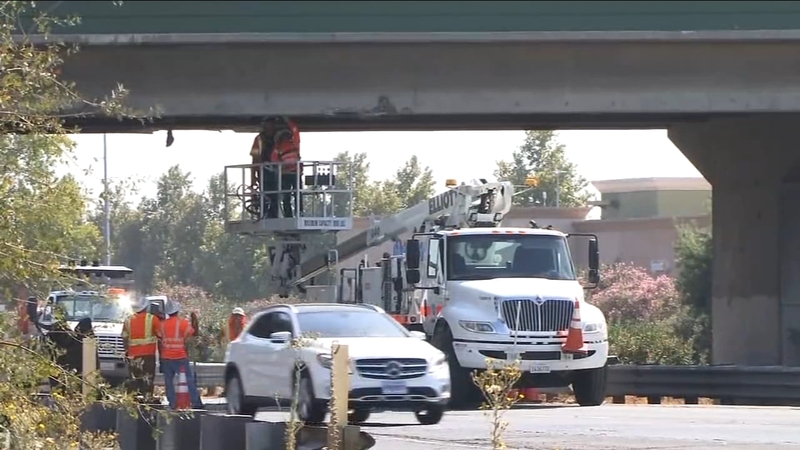 ATWATER, Calif. (KFSN) -- Update Caltrans has announced the Applegate overpass in Atwater will be closed until further notice after crews determined there is structural damage.

Around 7 a.m. Thursday the top of a semi-truck hit the bottom portion of the overpass, knocking large chunks of concrete from the structure.

Caltrans is advising drivers to factor this closure into their daily commute plans.
_____

Update CHP reports one lane is still closed on Highway 99, estimated time of reopening is 5 p.m.
_____

The California Highway Patrol says the top of a semi-truck hit the bottom portion of an overpass in Atwater causing the closure of the bridge and Northbound Highway 99 in the area.

The crash happened just before 7 a.m. Thursday on Highway 99 at Applegate Road, knocking large chunks of concrete from the structure.

Northbound traffic on Highway 99 is now being diverted around the closure, and the overpass is closed until officials can assess the structural integrity of the bridge.