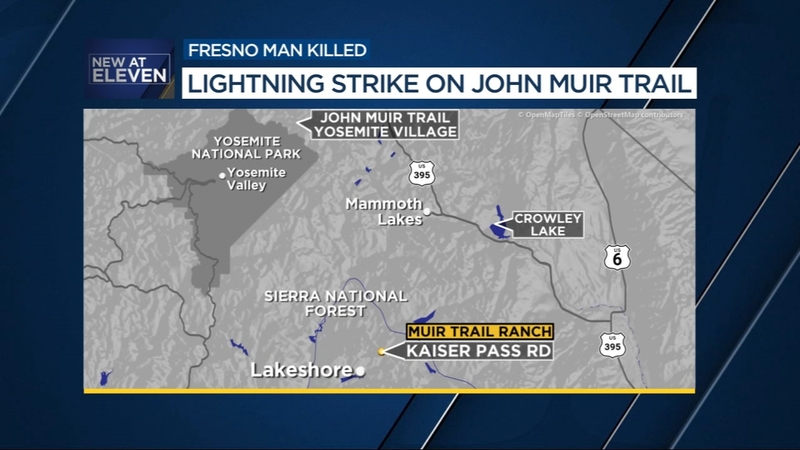 FRESNO, Calif. (KFSN) -- A Fresno man is dead after being struck by lightning on the John Muir Trail.

Nicholas Torchia, 37, was on a hiking trip last Friday when thunderstorms quickly moved into the area.

The hiker fell to the ground and other hikers he was with went to check on him.

At first, he told them he didn't feel well but then fell unconscious.

A doctor and nurse who happened to be on the trail tried to keep him alive by doing CPR for three hours.