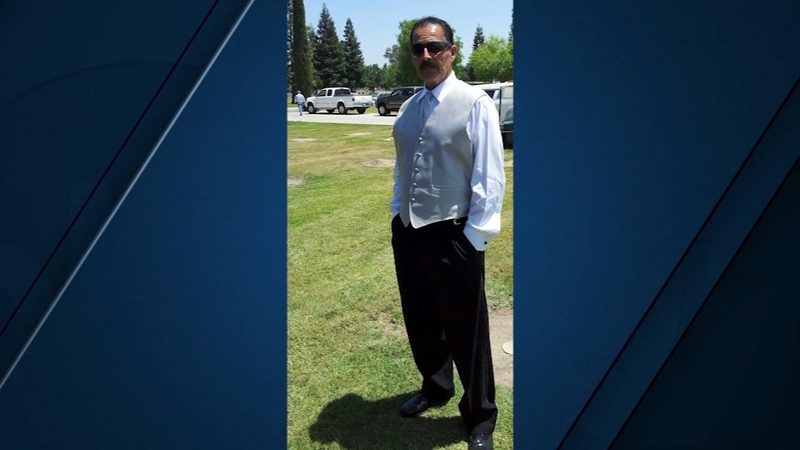 TULARE, Calif. (KFSN) -- "She just mentioned his name and was crying, and I gathered that it was bad."

A Tulare family is mourning the loss of their loved one, 62-year-old Ruben Torres.

He was hit by a car while crossing J street, just north of Tulare Avenue in his wheelchair and later died at a local hospital from his injuries.

His brother, Steven Torres, says the family remains in disbelief.

Police department officials say Torres was not using the crosswalk when suspect Luciano Ruiz hit him while traveling north on J street. As the investigation continued overnight, police were able to track down the car involved at Ruiz's home.

Officials say Ruiz admitted to being the driver during the crash.

"I am glad that he did admit to that," Steven said.

Steven says that Ruben struggled with homelessness for a couple of years, adding that about a month ago, he brought his brother a meal to check up on him.

"We had a conversation and memories exchange, and I will always remember that day with my brother," Steven said. "Our family has felt helpless, so we would just encourage people to always keep trying."

Ruiz was booked at the Tulare County Jail on charges of felony hit-and-run and driving without a valid California driver's license.