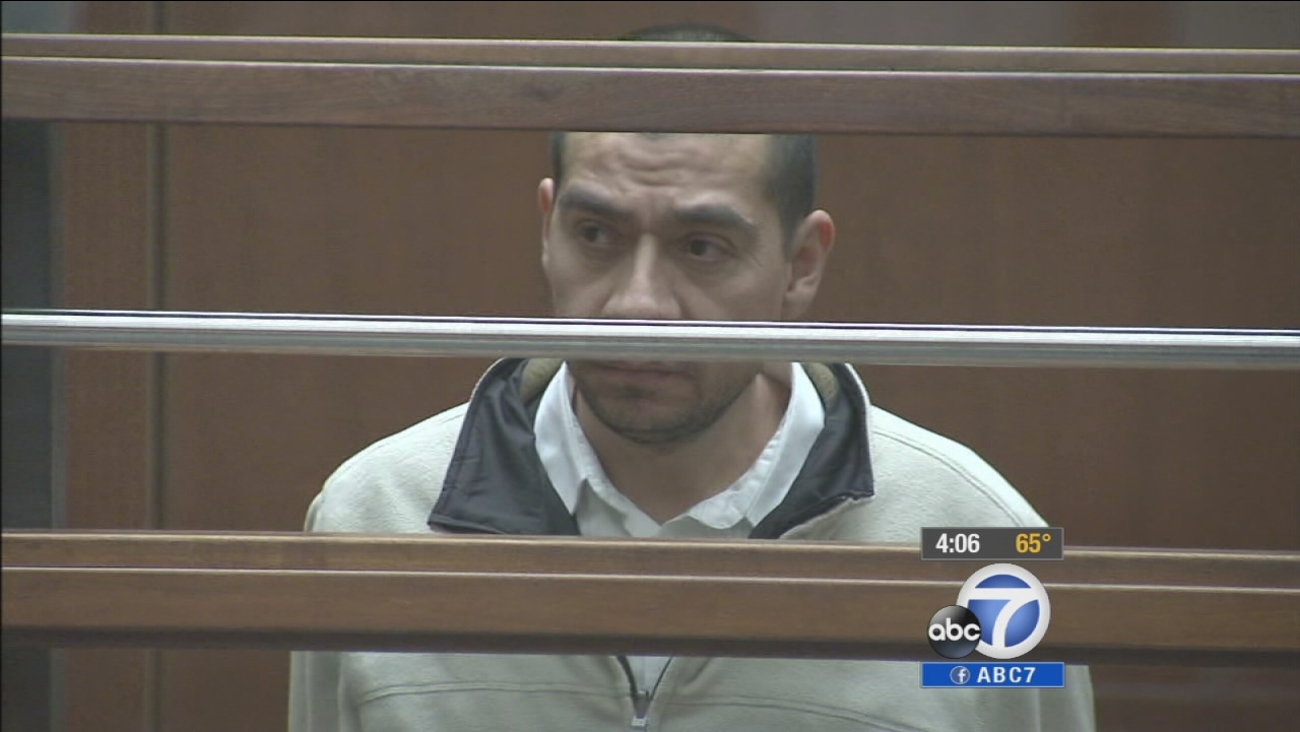 Gabriel Campos Martinez appears in a Los Angeles courtroom for an arraignment hearing on March 24, 2014.

LOS ANGELES -- Opening statements were delivered Wednesday in the trial of Gabriel Martinez, accused of murdering his roommate in 2012 and dumping the body parts near the Hollywood sign.

Two women walking their dogs at Griffith Park discovered 66-year-old Hervey Medellin's head in a plastic bag on Jan. 17, 2012. Medellin's hands and feet were also found on a trail.

Prosecutor Bobby Grace said the evidence includes computers belonging to the men on which the Internet search history included "butchering the human carcass for human consumption."

Grace told the jury that Medellin, a retired Mexicana Airlines employee, was last seen alive on Dec. 26, 2011. He also alleged that Martinez kept telling worried friends that Medellin was in Mexico and would return in early January.

Grace said the coroner examined the body parts and determined the head, hands and feet were taken off by a saw.

The defense argued there was no direct evidence linking Martinez to the murder.

Defense attorney Rodolfo Navarro told the jury no one will testify that they saw Martinez kill Medellin, that his client did not confess to the killing and that the prosecution's case is based on theories and not proof.

Navarro said circumstantial evidence will actually prove his client did not commit this crime.

The defense claims that forensic analysts recovered fingerprints and a palm print on the plastic bags that had the body parts, but they did not match, and none of the DNA found matched either.