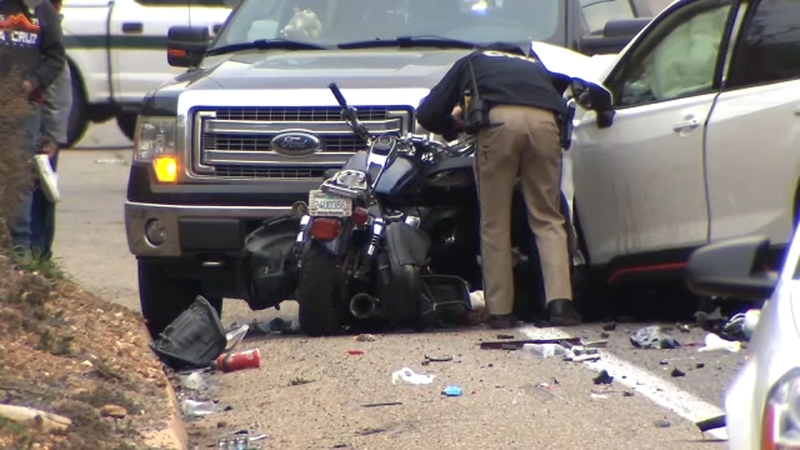 A horrific multi-vehicle crash in Fresno County left two Clovis men dead and another driver in the hospital on Saturday afternoon.

The crash happened on Auberry Road at about 3:30 pm.

The California Highway Patrol (CHP) says the motorcyclists were traveling south on Auberry when, in an attempt to pass other vehicles, they crossed onto the opposing lane.

That's when one of the motorcyclists collided head-on with an oncoming Subaru SUV.

The driver of the Subaru swerved left to try and avoid hitting the second motorcyclist, and hit a black pickup truck.

The CHP says the second motorcyclist 'got redirected' and ended up hitting the black pickup truck as well.

Both motorcyclists died of their injuries from the crashes.

An ABC30 crew at the scene saw parts of a smashed and crumpled motorcycle scattered across both lanes of the roadway. 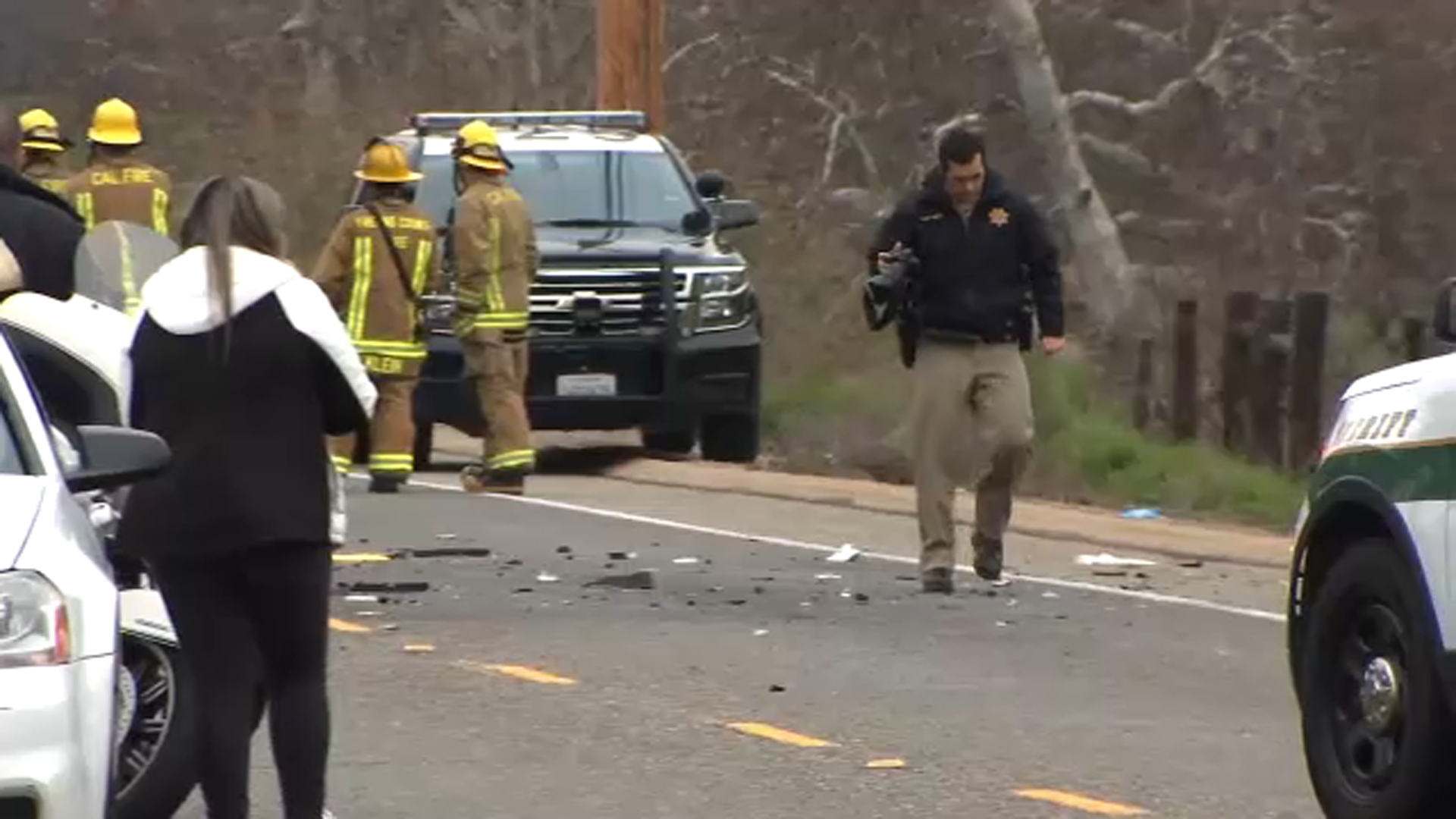 The front section of the SUV appeared to be very badly damaged where it had hit the first motorcycle.

The second motorcycle lay on the other lane, where the impact of the collision had thrown it.

Units from the CHP, the Fresno County Sheriff's Office, and an American Ambulance had responded to the scene.

The CHP says both motorcyclists were wearing helmets and it was technically legal for them to pass the vehicles because there was a dashed line on their side, but it was a dangerous part of the roadway to pass.

Based on their initial investigation, officers say the drivers of the pickup truck as well as the SUV were in their appropriate lanes.