KTRK
CEDAR PARK, Texas -- An hours-long hostage situation is over after a suspect accused of shooting three police officers in a suburb of Austin, Texas, surrendered peacefully.

Around 9 a.m. Monday, the Cedar Park Police Department said the suspect and a third hostage, his mom, came out of a home peacefully. The scene will still be active, though, as officials investigate.

An hour earlier, two other hostages, were released.

9:00am UPDATE: The suspect and last hostage have come out of the home peacefully. The scene will continue to be active for quite a while as we investigate.

Interim Chief of Police Mike Harmon said during a news conference on Sunday that officers responded to a call at a home from a mother who said her son kicked in the door of the home.

The mother, a juvenile and another person, whose age was unknown, were inside, authorities said.

Harmon said when officers arrived, they were met with gunfire and taken to a local hospital. All three officers were in stable condition with non life-threatening injuries. At least one officer stayed in the hospital overnight.

It is unclear if the suspect was injured.

Harmon said that the Cedar Park Police Department has a history at the residence, but did not provide details.

There are some social media posts the suspect made but Harmon did not go into details.

"I have been made aware of that," said Harmon when asked about social media posts. "I have not actually seen those, but I guess at some point, there was a Facebook Live streamed by the suspect."

Texas Gov. Greg Abbott offered his best wishes to the officers injured in the incident.

"Our hearts are with the police officers who were injured while protecting the Cedar Park community this afternoon. We must never take for granted the service and sacrifice of our law enforcement officers, and the State of Texas stands ready to provide the support and resources needed to bring justice to those involved," Gov. Abbott said in a statement.

Vanessa Guillen's death was 'in line of duty,' Army says 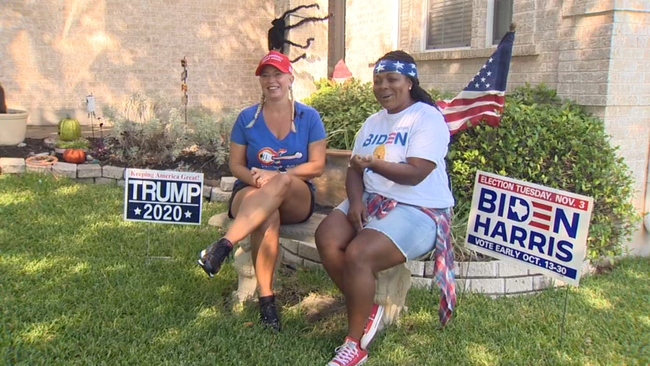 Neighbors with rival signs have friendship despite differences