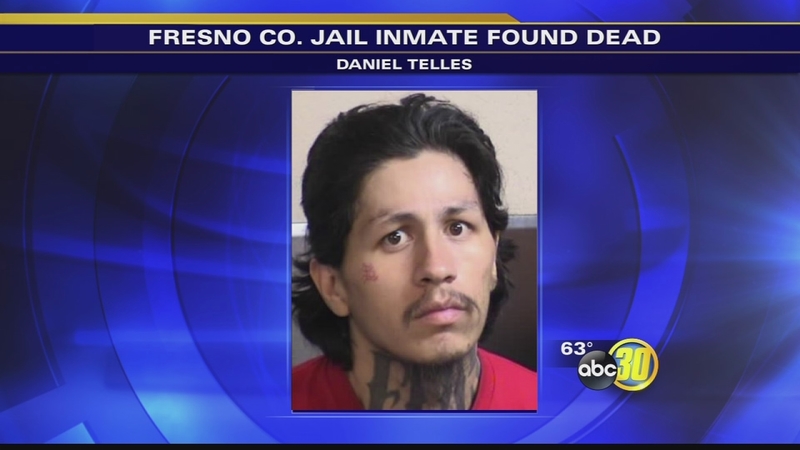 FRESNO COUNTY (KFSN) -- An inmate who was accused of stabbing a correctional officer was found dead Tuesday in the Fresno County jail.

Investigators said Daniel Telles killed himself in his cell and his body was found hanging from a sheet with a suicide note nearby.

Telles was 27-years-old, he was a suspect in an officer-involved shooting in February. Police said he pointed a gun at officers.

According to Sheriff Margaret Mims, on Saturday, Telles stabbed a correctional officer behind the ear and he was placed in an isolated cell where he took his own life.