'Jalen being the type of man that he is, gave him his shoe off his foot, so it was actually a nice genuine gesture.'
KFSN
By Stephen Hicks 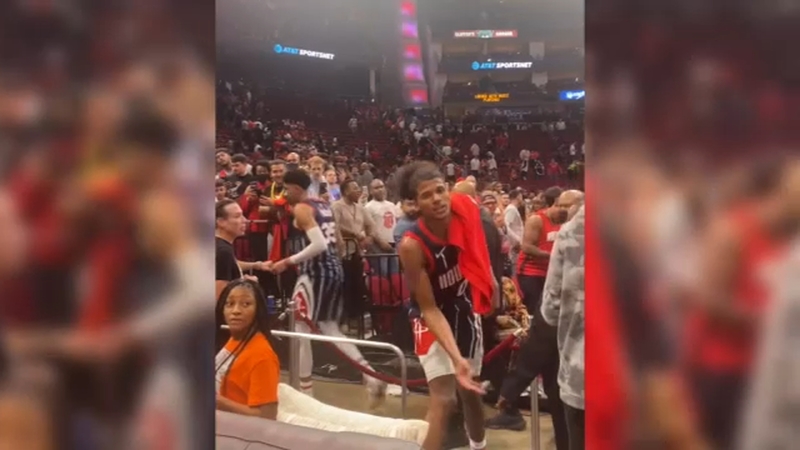 FRESNO, Calif. (KFSN) -- Jalen Green is in the midst of his rookie campaign in the NBA and is shooting better than 50% from long range since coming back from a hamstring injury.

But the Valley native is just as impressive off the court.

On New Year's Eve, as the Houston Rockets were leaving the floor following a 10-point loss to the Heat, Green went out of his way to engage with an excited fan in the stands.

Gavyn McConnell was brought to tears after getting one of Green's shoes.

Gavyn had been going to Rockets games since he was four years old with his dad Martreal. No surprise that his favorite player is Jalen Green.

"He actually tried to throw him his shoe to sign, but Jalen being the type of man that he is, gave him his shoe off his foot so it was actually a nice moment and a nice genuine gesture," said Martreal. "We're going to put it in a case and continue to go to games, try to become season ticket holders and get him to sign it."

A momento and moment the two will never forget.

Martreal has actually been following Jalen's journey since his high flying dunks in the Central Valley and has a message for the Rockets star.

"Keep striving, man, and keep inspiring kids like my son and others," he says.

Adds Gavyn: "I want him to be the number one player in the league right now and I love him."