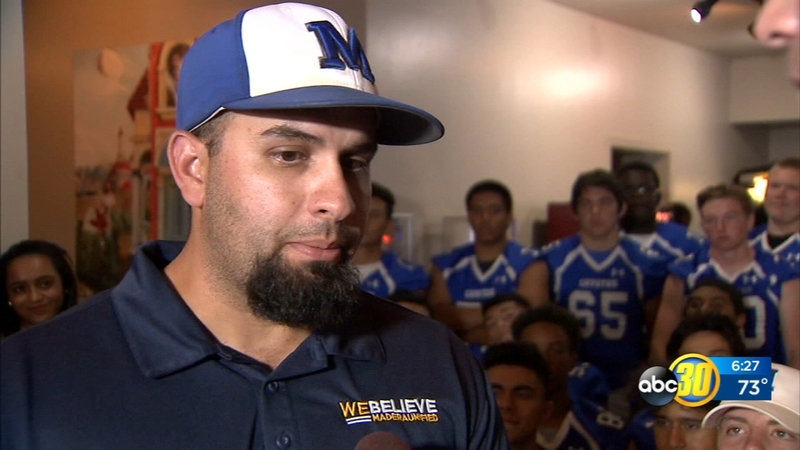 "It's an honor to be the first head coach of any new high school," Fares told Action News. "For it to be named after Justin Garza, a guy who meant so much to this Valley and this coaching community and to be the first head coach to establish the legacy that he had and to do it the right way. He always talked about 'stand for more' so we have a great opportunity as football coaches to help young boys become young men."

While their league placement is still being worked out, it's expected to be placed in the Tri Rivers Athletic Conference (TRAC) playing alongside Central and all of the high schools in Clovis Unified.

"They (his administration) want to jump right into the SEC of the section and we look forward to rising to that challenge," Fares said. "I'm excited about it. I know a lot of those coaches over there they're all great coaches and so if I'm going to compete I want to compete against the best."
Report a correction or typo
Related topics:
sports
Copyright © 2021 KFSN-TV. All Rights Reserved.
More Videos
From CNN Newsource affiliates
TOP STORIES