Plane skids off runway at LaGuardia, crashes through fence 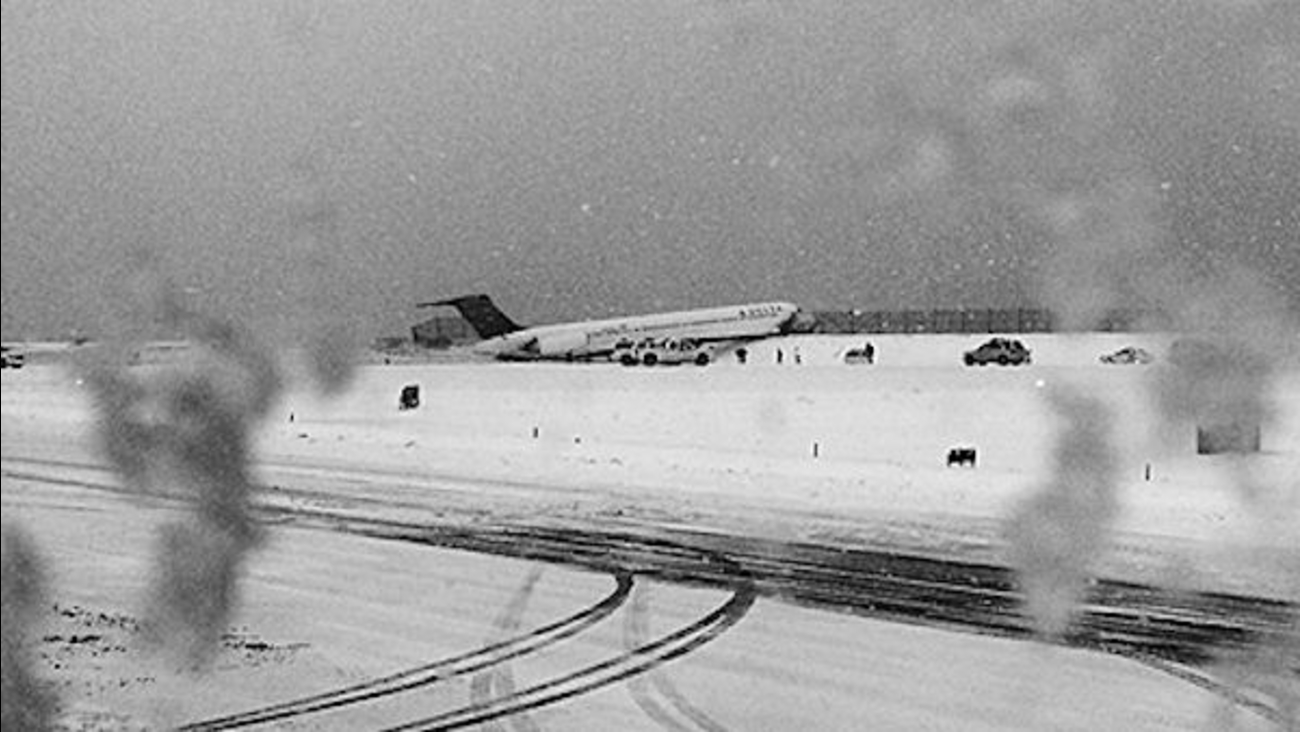 NEW YORK -- A plane from Atlanta skidded off a runway at LaGuardia Airport while landing Thursday, crashing through a chain-link fence and apparently losing its right wing. Passengers carrying their bags and bundled up in heavy coats and scarves slid down an inflated chute to deplane and made their way onto a taxiway piled with several inches of snow.

The Delta flight, carrying 125 passengers and five crew members, veered off the runaway at around 11:10 a.m., authorities said. Emergency responders are still assessing people, but any injuries appear to be minor, the Fire Department of New York said.

Images show the plane resting in the snow, and its right wing appears to have been sheared off. Video shows passengers trudging through the snow in an orderly line after climbing off the plane.

Atlanta-based Delta Air Lines said the passengers are deplaning down inflated aircraft sides and are being bused to a terminal. It said the airline will work with authorities to figure out what caused the crash.

Joe Pentangelo, a spokesman with the Port Authority of New York and New Jersey, said the plane is apparently leaking fuel.