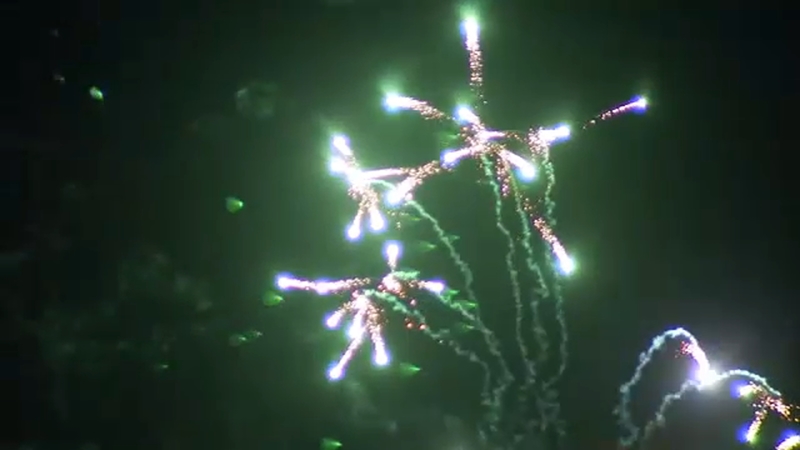 FRESNO, Calif. (KFSN) -- Fireworks will soon light up the night sky on the Fourth of July, but fire officials are already seeing an uptick in illegal fireworks.

Scorched soil covers the backyard of a home off Kamm and 23rd Avenue in Kingsburg.

The resident who lives inside is lucky their house is still standing after illegal fireworks caused most of the yard to go up in flames.

The fire sparked Saturday night shortly after the resident heard fireworks go off.

"She didn't think anything of it and laid in bed. Twenty minutes later, she saw an odd glow in the back of her home and discovered her yard was on fire," Chief Perkins said.

Perkins said this is an example of what can happen when illegal fireworks are lit up.

It's an issue he also said has been happening more often.

"We had a tremendous uptick in people reporting illegal firework in the evenings," Perkins said,

Perkins says the problem increased when COVID-19 restrictions started decreasing about a month ago.

He said it's led them to start thinking about using technology similar to ShotSpotter, or drones to help pinpoint where illegal fireworks are being lit.

"The last few months, we've had more than 600 to 700 fires, in each of the two previous months, and that was all pre-fireworks," Brown said.

On the Fourth of July alone, they responded to about 135 incidents involving illegal fireworks, totaling at least $200,000 worth of damage.

Brown said responding to illegal fireworks could end up delaying crews if you're in need of help.

"If your house is on fire, it's going to be a lot longer before they can get there," Brown said.