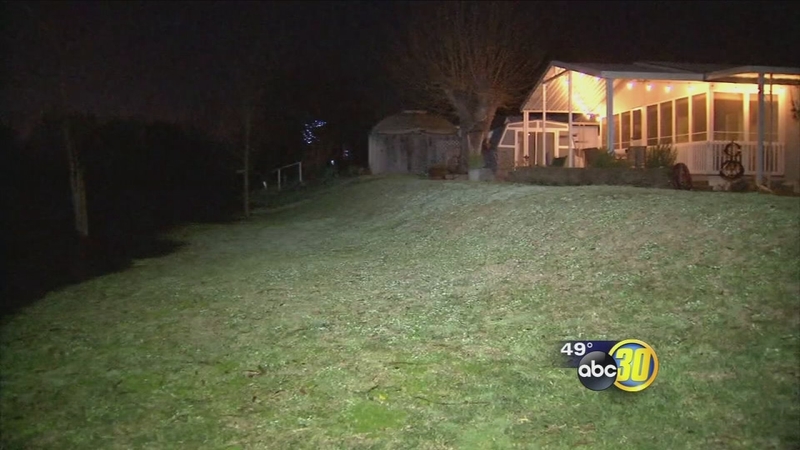 MADERA COUNTY (KFSN) -- Into the night, the sound of rushing water from the San Joaquin River filled the air at the Wildwood Mobile Home Park.

It's likely the result of authorities releasing nearly 9,000 cubic feet, or about 70,000 gallons of water each second from Millerton Lake.

Residents at the mobile home community in Madera County are dealing with high water levels after officials increased the amount being released from Friant Dam.

Steve Avery lives in front of the stream and says not much has changed.

"Talking to the sheriff this morning, and they were saying about five inches," he said.

And five inches is not enough to put Avery on high alert because he still has plenty of room between the river and his property.

"The way they have our property there is an incline quite a bit more than what some of the other properties are which is nice because we have a little bit of extra room before the flood comes," he said.

Saturday night, close to 100 of Avery's neighbors sat in on a community meeting. The main topic was the '97 storm that devastated the neighborhood 20 years ago.

With more rain heading our way coupled with rapid snow melt, concerns are brewing that this historic flood might happen again. But resident Jim Cobb says at this time there is not much to worry about. He is an engineer and said he has been monitoring water levels through technology he developed after the historic flood.

"We're looking at the statistics of the chance of flooding several times a day and we're using our computer models and if they appear to be something they should worry about I will call another meeting," he said.

Until then, some neighbors are preparing for the worst while hoping for the best.

"We do have our pictures in a big tub that we could load up we do have a motorhome so that we can just take off," Avery said.