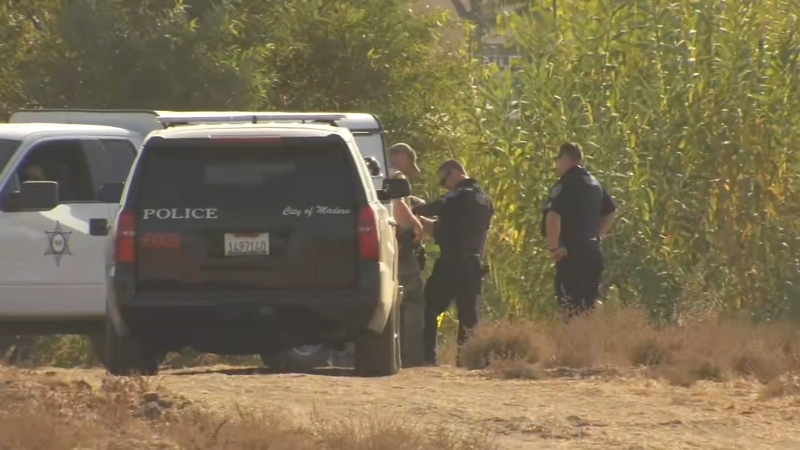 MADERA, Calif. (KFSN) -- Investigators spent Monday trying to figure out whose dog was roaming around near a dead man found by firefighters.

The man had bite marks on much of his body, and some were major.

The banks of the river are a place many homeless people live. Many have dogs as pets.

OFFICERS: Where the body was found they came upon an extremely malicious dog who had blood on his snout. Officers said it charged at them and they fired- killing the dog. It will now be swabbed. The dog is a Pitbull breed. pic.twitter.com/wY9bifxGy5

Officers say the dog suspected of fatally injuring the victim was the only threatening one at the scene. After it advanced toward officers and was shot and killed, the dog was also taken away to be swabbed for evidence.

Investigators say the man who died didn't have an ID on him, and his face was unrecognizable because of the trauma.

"He had several tattoos on his person, so we're going to have the coroner help us identify the person positively, but right now, we don't have confirmation on his identity," Trukki said.

Officers didn't see any other obvious injuries on the man. They will retrace his final steps to find out when he was last seen alive.