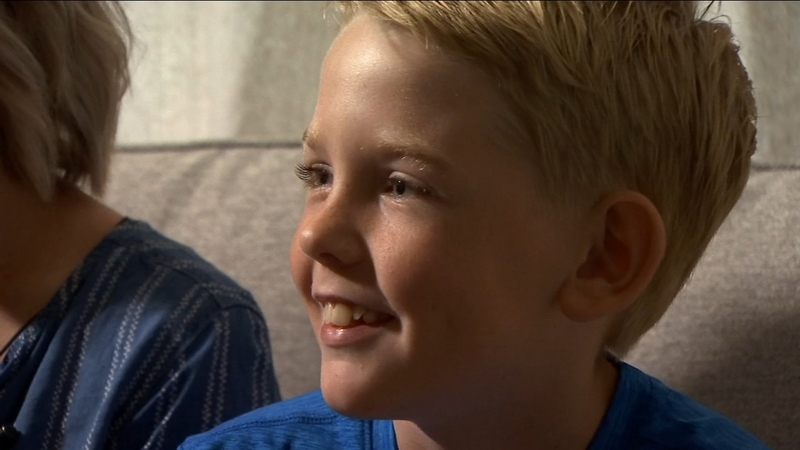 "Your joints are hurting really badly, they pop out of socket easily, and you get tired easily as well," said Carson.

EDS recently resulted in the partial removal of Carson's colon; it is one of four surgeries, and nearly 20 hospital stays he has had.

"Going into surgery -- that has been the hardest part," Carson told Action News. "It gets really nerve-racking, it's scary, and it gets confusing like what if they mess up."

Despite all of his fears, Carson has remained positive and is now sharing his optimism on social media with his YouTube page called "Talk the Walk."

The fourth grader's goal: encourage others battling the same illness through his story.

"I want them to know that you can't set limits to yourself and that you can do whatever in the world," he said.

Hayley Kelly says her son's strength pulls at her heartstrings.

"My heart burst with pride and excitement for him because I'm so proud," she said. "Ya know this isn't the worst thing to happen to a family, but it's relative for our family."

You can check out Carson's YouTube page and his inspirational videos here.