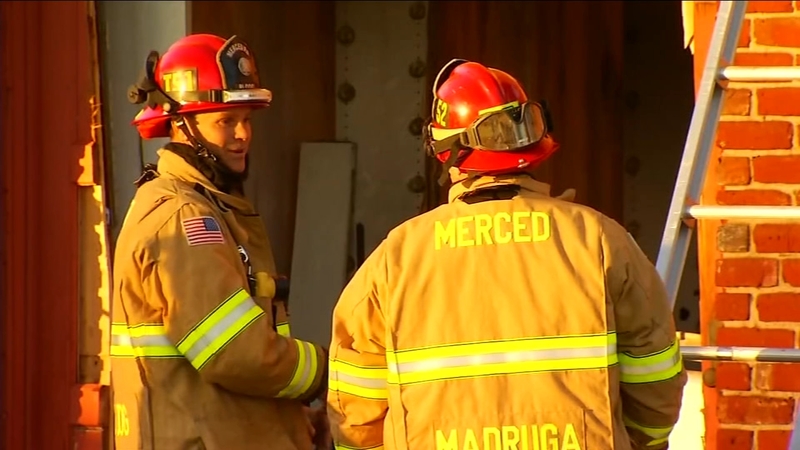 MERCED, Calif. (KFSN) -- Two business owners accused of burning their shop to the ground were in court on Friday for their preliminary hearing, more than two years after their business went up in flames.

Mai Moua and Zang Her were in court in Merced on Friday for their preliminary hearing.

Not only did witnesses have a lot of say, but the surveillance video painted a picture of what may have happened prior to the fire.

In it, both Moua and Her are seen inside the UC oriental market shortly before it went up in flames.

However, the defense argues that both the video and investigation reports may not tell the entire story.

Based on the evidence, a judge decided both of them will face trial for arson and insurance fraud.

"The video shows Ms. Moua going upstairs multiple times. Then it shows the fire starting... It's something we'll have to prove beyond a reasonable doubt," said Prosecutor Scott Drexel.

A fire investigator took the stand, telling attorneys that based on burn behavior, he believes the fire started in an office on the second floor of the old building.

He added that in the video, Moua is seen moving a space heater to the same office they believe is where the fire started.

The investigator also testified that Moua and Her weren't even out of the store when flames and smoke started appearing in the footage.

Defense attorneys argue however, that the investigation report leaves them with a lot of unanswered questions.

Another witness who ran a business from inside the store testified the owners were ordering less of certain products about a month before the fire.

Defense attorneys say the witness made a Facebook post about the owners because he claims they wouldn't pay him for his damaged product.

The case now moves forward, and both Her and Moua are due back in court in two weeks.

They are expected to be back on January 28th for an arraignment on the information presented today in court.