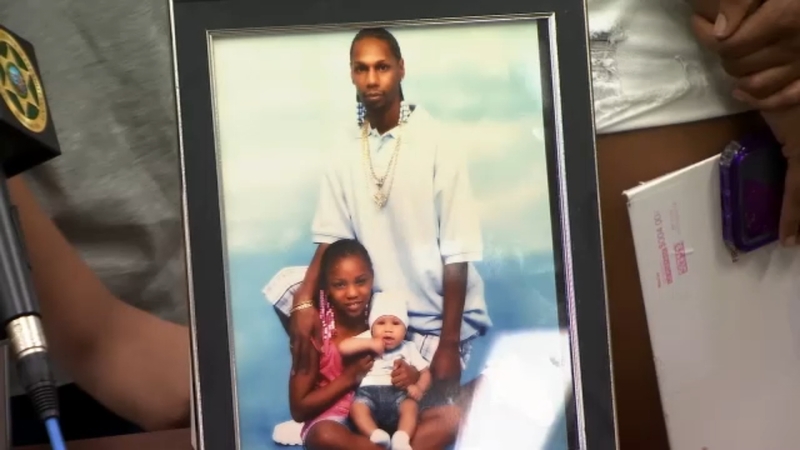 FRESNO COUNTY, Calif. (KFSN) -- Malaysia Simpson remembers the day her dad, 30-year-old Michael Simpson, was supposed to pick her up but never arrived.

She later found out it was because he had been killed.

She was in third grade. Her brother was just 1 year old.

"It's been very hard when you see everybody else walking with their dad and going to dad and daughter dances," she says.

They cling to the last picture they have together as a family because nearly 12 years later, Simpson's case remains unsolved.

Chapman was the original homicide investigator on the case.

He isn't releasing many details but says on May 1, 2009, Simpson drove to Shields Avenue and Bishop Avenue - north of Kerman - to meet someone.

He was later found shot to death, seated in his SUV.

"We're asking for help, we want somebody to come forward," Chapman says.

The sheriff's office and Simpson's family are hoping by retelling his story, someone will decide to talk to investigators.

"We are looking for closure, justice and somebody to let us know if you're out there, please, help. Help us," says Demetria Simpson, Michael's sister.

For Malaysia, the death of her father shaped her life.

She studies at Fresno City College and will be graduating with her associate's degree in criminal justice in May.

She hopes to help others who have been through a situation like she has.