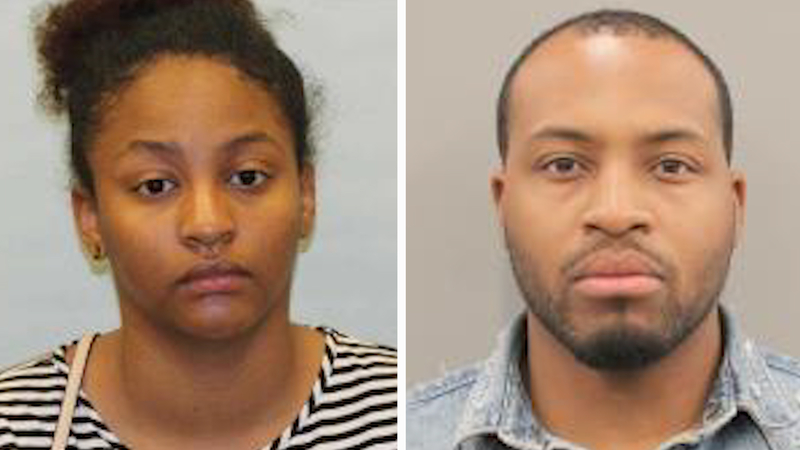 HOUSTON, Texas -- An Humble woman and a Houston man face felony charges for injury to a child stemming from a CPS complaint made in March.

Authorities said they received a report that a boy had been placed into a hot shower after receiving a bad grade at school. The water caused a scar on his chest and approximately 26 percent of his body was burned in the incident, according to court documents.

John Terrell, 28, is accused of the abuse to the boy, and Roekeicha Brisby, 26, is accused of lying to authorities about the ordeal and failing to take the child to receive medical care until around two days after it happened.

The documents state the child had severe burns to his head and torso, and was permanently disfigured.

Brisby told investigators that on March 10, she was boiling water on the stove when the air conditioner came on in the kitchen. She said her son leaned down to pick up a basketball and hit the handle of the pot of water with his head when he raised back up, causing the water to fall on the AC. Investigators later determined those claims were untrue, according to documents.

In an interview with staff at the Children's Assessment Center on Nov. 18, detectives said the victim was at Terrell's house with his mother back in March, when Terrell put him in the shower after he had gotten in trouble at school. The victim told an interviewer Terrell had removed the shower head and pointed the hot water toward him. The boy also said Terrell spanked him and choked him after getting out of the shower.