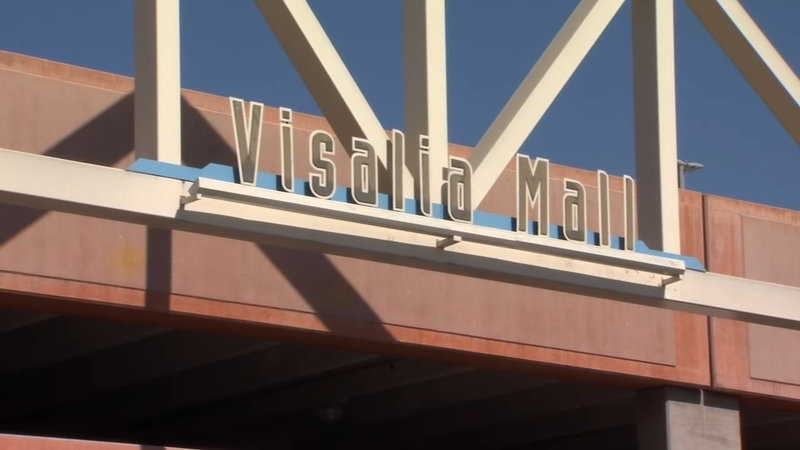 VISALIA, Calif. (KFSN) -- Detectives in the South Valley are looking for a suspect they say stole a number of watches from a Visalia Mall jewelry store.

That suspect fled the scene and police are still searching for the thief.

Police don't have much to go on since witnesses say the man entered the jewelry story wearing a mask and then took off on his bicycle.

Officers were called to the Visalia Mall around 8 o'clock Tuesday night to reports of a grand theft inside Valliani Jewelers.

"There was an individual who was dressed in all black wearing a pullover red devil Halloween mask who walked past their business and shortly came back," says Sgt. Gary Williams of the Visalia Police.

According to witnesses, that's when the man shattered a glass display case inside the store and grabbed some watches and fled ran out the south exit of the mall - jumped on his BMX bicycle and took off westbound on Beech Avenue.

"It's very brazen because you have mall security there usually walking around. You have somebody with a Halloween mask on; usually, people will call us and say this guy has a mask on walking around, but we didn't get any calls. He was in and out fairly quickly," says Williams.

Investigators are hoping security footage will help them piece together enough clues to track down the masked suspect.

"There should be some security surveillance from the store and the mall, but at this point in time we're not sure if we're going to get facial recognition because he was wearing the mask."

We spoke to the jewelry store but they declined to comment.