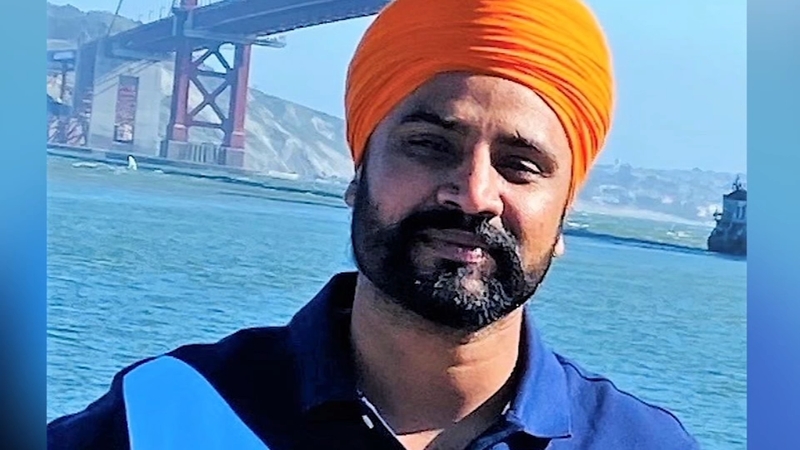 REEDLEY, Calif. (KFSN) -- On Wednesday evening at Reedley Beach, as three kids were swept away in the Kings River, a brave bystander saw the children being pulled by the current and jumped in, only to drown himself.

Singh came to the United States two years ago from India and recently moved to Fresno to start a trucking business.

He had just started truck driving school Wednesday. After training ended he wanted to cool off, so he went down to the Kings River with his brother-in-law to ride jet skis.

But once he noticed a commotion he jumped into action.

"He went in to try to help them and unfortunately went under pretty quickly and never came back up," said Reedley Police Commander Marc Ediger.

Other witnesses also rushed over and plucked at least one other child out of the water.

Two of the kids were able to get to safety but a third could not make it to shore. She was pulled out after about 15 minutes underwater.

It took rescue crews 40 minutes to find Singh and pull him out of the water. He was found next to some brush not far from the shore.

On Thursday afternoon, police confirmed the 8-year-old girl is on life support at Valley Children's Hospital. The little girl was with her friends and their parents when they were swept away.

Her family is from Mexico, and now her distraught parents are trying to fly her siblings in from there to see her one final time.

The two families have now been devastated after what was they hoped would be a fun evening in the river.

Reedley Police said this time of year the water can be dangerous and deceiving. The area beyond the shore dramatically drops off, and the current picks up.

"I think the kids waded out too far and started being carried by the current under the bridge," said Ediger.