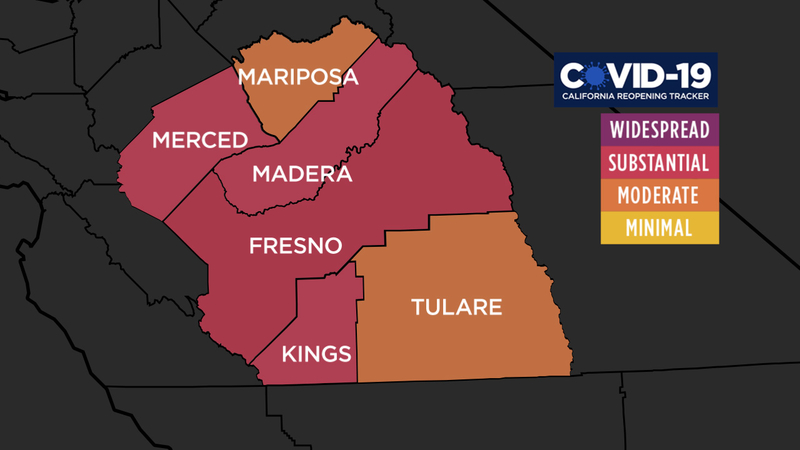 MERCED COUNTY, Calif. (KFSN) -- Merced County is finally in the less restrictive red tier of California's reopening plan after being left as the last purple tier county in the entire state on Tuesday.

"For business, this means that there is hope that things are getting better," he said.

But a data dump threw off the numbers.

McDaniel says 16 days' worth of data from one testing facility was reported to the state in one day.

"Those 16 days popped us into purple and it was very frustrating," he said. "As you can imagine, as a community, we were looking forward to moving into the red."

Officials with the Merced County Health Department identified the error.

They brought the mistake to the attention of state officials - but it took weeks to correct.

McDaniel says businesses could have been turning higher profits over that time.

"At the end of the day, it is about the businesses and the people who they employ, and we need to open it up and allow these people to work," he said. "People want to work and people want to get back to businesses."

That includes Torres, who is now breathing a sigh of relief after what's been a rough year for him and so many other business owners.

"We survived because it was a miracle," he said.

Businesses are not the only ones benefiting from the tier change.