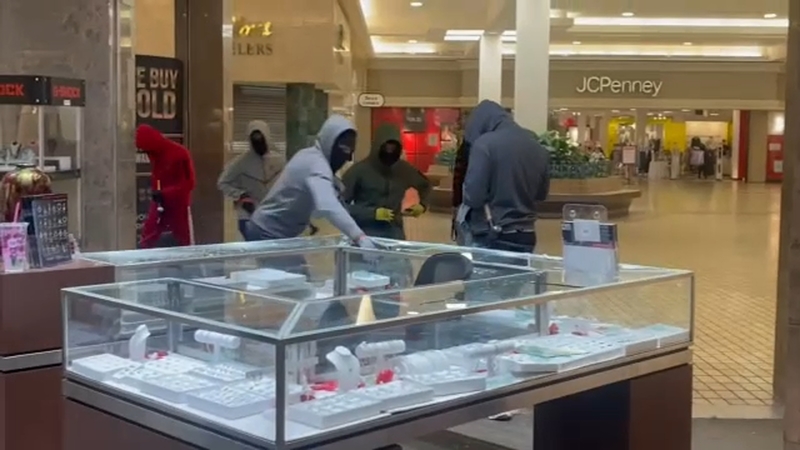 MERCED, Calif. (KFSN) -- Cell phone video shows about a dozen people inside of Prestigio Jewelers in the Merced Mall busting glass display cases and stealing the jewelry inside Tuesday afternoon.

Merced Police say they were called to the mall just before 1 p.m. for a disturbance involving a group of 10 to 15 male juveniles and adults.

Investigators learned the group showed up to the mall with masks and hammers, smashed the jewelry cases at Prestigio Jewelers, stole items and then took off.

Employees at the Baskin Robbins near the entrance saw the suspects come and go.

SMASH AND GRAB: @MercedPolice are investigating after about a dozen suspects went into Prestigio Jewlers at the Merced Mall this afternoon and shattered multiple jewelry cases, stealing whatever they could get their hands on. @ABC30 pic.twitter.com/JPYzz9jxUD

Merced Police are still trying to determine the total value of the jewelry that was stolen.

Officials say this an unusual event for this community.

One of the witnesses says it's sad these crimes are happening in Merced.