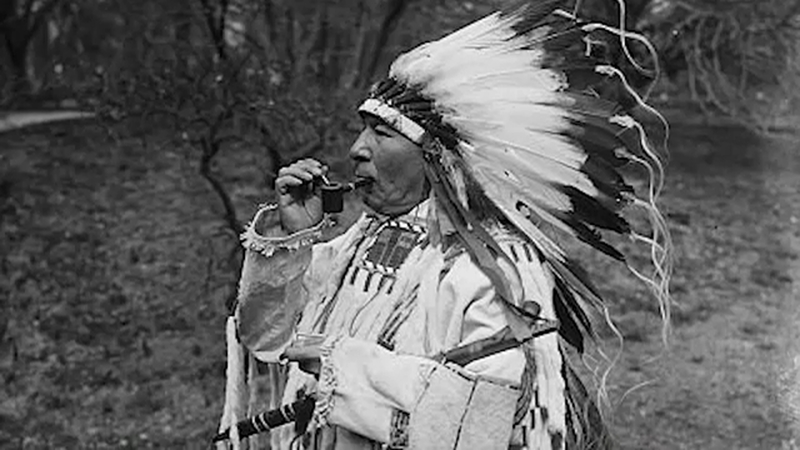 "We have to learn about the people so that some of the stereotypes that people may carry about people they don't relate to gets replaced with knowledge," said Lee-Oliver, an urban Native and member of the Choctaw and Blackfeet tribes.

From mascots to costumes, Native imagery is everywhere. Experts say most of the imagery we see is created by non-Indigenous people which leads to inaccurate representations and harmful stereotypes.

"They're kind of tokenizing us, they're kind of seeing us as these past people, and not current everyday people," said Marie Casao.

Casao is part of the Narragansett Tribe and says textbooks cast Indigenous people as antagonists rather than playing a role in the creation of the U.S.

"To see your own tribe come up randomly in a textbook but it's for a negative reason, that kinda makes you want to be like, 'Oh, I don't know if I want to tell people that," she recalled feeling when reading about her tribe in elementary.

Native American educators say racism toward Native people has become normalized to the point where many don't see it as racism at all.

In a viral video, a Southern California math teacher was recorded mocking a Native American dance while wearing a fake headdress.

"You see them in the video putting their heads down, turning away from her. That has an emotional and a psychological effect on those students," said Lee-Oliver. Research suggests stereotypes have a negative impact on young American Indians and remind them of the "limited ways others see them."

Over the years, sports teams have retired their names and mascots after protests.

In Fresno County, there's an effort to rename Squaw Valley, a term widely considered a slur against Indigenous women.

There are 574 federally recognized tribes and many more that exist.