Fresno Co. Sheriff's Office reminds people of how to have a safe, legal New Year's Eve 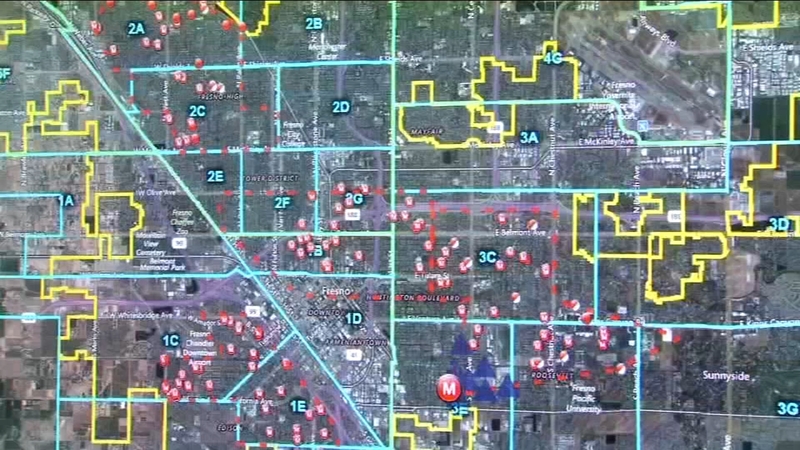 FRESNO, Calif. (KFSN) -- The New Year holiday is almost here and with it, a flood of calls to local law enforcement.

"We anticipate that there will be more calls for service tonight, tomorrow night and Tuesday night as well," said Lieutenant Frances Devins.

She says the Fresno County Sheriff's Office will be at maximum staffing for the holiday, like they usually are --- but they'll have additional resources available if they need the help.

"It's one of the busier days for us, it is a holiday, lots of people are home, lots of drinking, so there's all sorts of things that can happen with that kind of a situation," Lt. Devins said.

Those situations can lead to a dangerous way of celebrating, including shooting guns into the air.

"Everything that goes up comes down, and it doesn't always come down where you plan on it. Could be in a car, on a house, or on a friend that's standing nearby. You never know where that bullets going to land," she said.

Lt. Devins says that gunshots are usually one of their most-called in complaints over the New Year's holiday. The celebratory gunfire floods emergency lines with calls that could be used for emergencies -- and recklessly shooting is a crime in itself.

"Just shooting a gun out into the open is what makes it illegal. anywhere, it doesn't matter, because it's negligent and it's reckless and it could hurt or kill somebody," she said.

It also makes it hard for law enforcement to know if a real shooting is happening --- as the Fresno Police Department will be trying to track shootings with their ShotSpotter technology.

Both departments will have to deal with all those calls this New Years and they ask that you think twice before you celebrate unsafely.

"And there are people who are killed and injured every year by gunfire. People celebrating that way, and that's not the proper way to do it and that's not what they should be doing," Lt. Devins said.