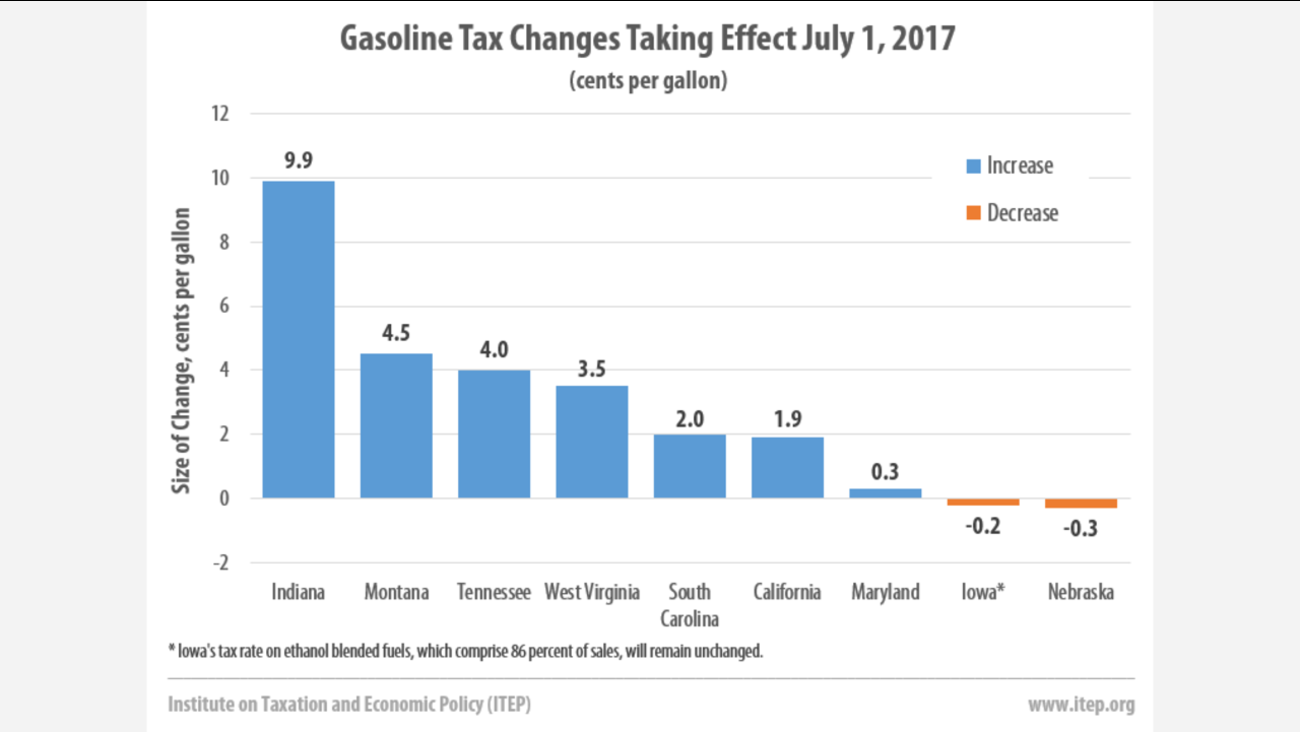 FRESNO, Calif. (KFSN) -- A tax research group says Summer gas prices are at their lowest level in twelve years. That same group says seven states will ask drivers to pay a little more toward improving the transportation infrastructure they use every day.

According to The Institute on Taxation and Economic Policy (ITEP), those states include California, will be doing this on Saturday, July 1 when they raise their gasoline tax rates.

California is boosting its gas tax rate by 1.9 cents because of a formula that ties the rate to the price of gas. The state's diesel tax rate will not change on July 1. More significant, however, will be the 12-cent gas tax increase and 20-cent diesel tax increase that will take effect on Nov. 1, 2017 because of legislation enacted this year.

According to the tax-research group, other per-gallon hikes are:

-Tennessee: 4 cents, for the first adjustment since 1989.

-South Carolina: 2 cents, the first of six annual hikes of the same size and the state's first since 1989.

According to the tax-research group, two states will lower their gas taxes Saturday:

-Iowa's gas tax drops 0.2 cents per gallon, although the tax on blended ethanol that accounts for most of the market will remain unchanged, according to the group.