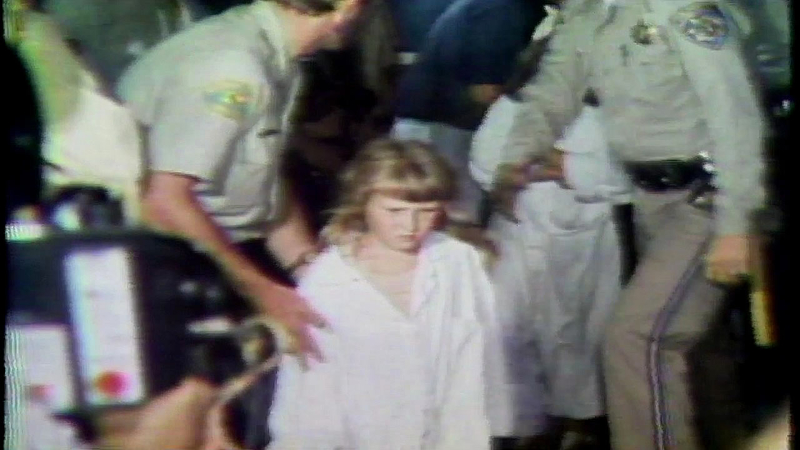 CHOWCHILLA, Calif. -- The Chowchilla school bus kidnapping victims are fighting back, even though it's been nearly 40 years since what prosecutors called the crime of the century. Twenty six children and their driver were abducted at gunpoint, and buried alive in a Livermore quarry.

The kidnappers served decades in prison. One is still there, and the other two have been released. And now, they all face a lawsuit, requesting a jury trial to make them pay money for what they did to those kids.

The Schoenfeld brothers, Rick and Jim, and their friend, Fred Woods, drew up a twisted plan to get rich. They kidnapped a bus load of children, headed home from summer school in Chowchilla, and brought them to a quarry in Livermore where they had buried a moving van. Then, they forced all 26 kids and their bus driver to climb down, sealing the hatch.

Ed Ray, the bus driver spoke at a news conference in July 1976 saying: "The ceiling started to cave in and everything else. We thought we were going to have it right then, but kept begging to let us out," he said.

They were down there for 18 hours. Frantic parents overwhelmed the police switchboard, so the kidnappers couldn't get through with their $5 million ransom demand before the bus driver and kids escaped. zNow, 40 years later, the victims are still feeling the effect.

"They did a number of emotional damage to all of us, including our family, our parents," said kidnapping victim Jodi Medrano. "Our lives are never the same after that, ever."

The kidnappers each got life sentences. Fred Woods is still in prison, but the Schoenfeld brothers have been paroled.

"You have these victims sitting there going how is this possible?" said Ray Boucher, lawyer for 10 of the victims. "Twenty seven consecutive life sentences and these men are getting out free?"

Boucher has filed a lawsuit on behalf of the victims against Woods and the Schoenfelds for "false imprisonment, intentional or reckless infliction of emotional distress, assault, battery." He explained California law allows the victims to sue up to 10 years after the kidnappers are paroled.

The case is now in mediation and no dollar figure has been discussed at this point. The kidnappers come from wealthy Peninsula families. The Schoenfelds' father was a long-time podiatrist, and Woods' father owned that quarry where they buried the school kids and the bus driver.

The kidnappers' attorney declined to be interviewed about the lawsuit, and their only public comment was from an interview more than 20 years ago.

Rick Shoenfeld: "I was immature, I was the follower and I made an extremely stupid decision here."

Woods: "It was just a lot of pain and suffering we put everybody through that we didn't realize we were doing at the time. But now, I just hope that everyone is going on with their lives. Everything can be somewhat back to normal."

So far, 10 of the kidnapping victims are plaintiffs in the lawsuit and more could join.