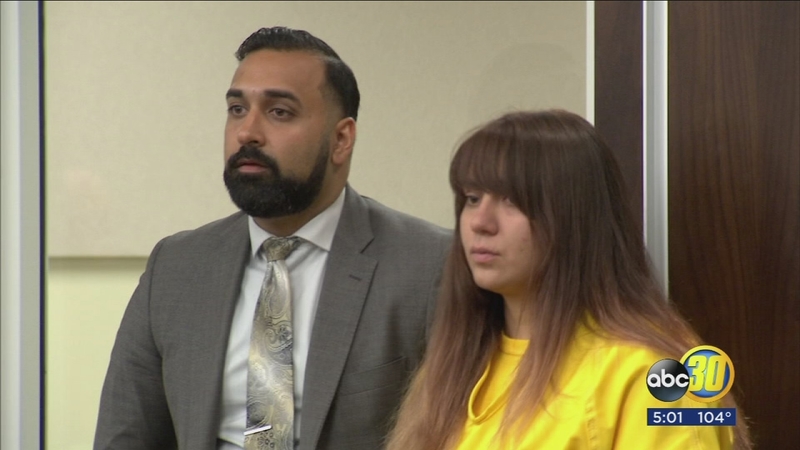 LOS BANOS, Calif. (KFSN) -- With tissue in her hand, at times wiping away tears, Obdulia Sanchez stood in front of a Merced County judge asking to either be released or have her bail cut from $560,000.

"I did speak to Ms. Sanchez at length yesterday about what to expect today, and quite frankly this is what we expected to happen," said Ramnik Samrao, Public Defender.

Based on the serious nature of the charges, and a prior reckless driving offense, the judge refused to lower it. Samrao believes the bail amount is excessive considering she spent the past few years in foster care and has been living in a group home.

"There is the eighth amendment to the constitution that says no excessive bail shall be required. I think this bail is excessive for her."

Outside court, her father briefly commented in Spanish, saying, "Whatever's going to come out will come out."

The public defender is not focusing on the court of public opinion. He said the ones who matter understand.

"The family is behind her being released, they're not mad at her. They don't blame her. The surviving passenger, Manuela, made a public statement that she's not mad at her-- she's not afraid of her," said Samrao.

The District Attorney said the bail schedule is set strictly according to charges and this case was no different-- he wants her to stay in jail.

"I think that was the appropriate action. I think the bail should remain where it's set," said Harold Nutt, Merced County Chief Deputy DA.

As he gets to know his client Samrao said he has learned more about Sanchez's personality and the culture she was raised. He said that explained the lingo in the live streamed video that was seen across the nation. But he said the video stopped between the deadly crash and streaming of Jaquelin's still body.

"In the break is when she's on the phone with 911-- when she's trying to flag down people who are not stopping for her."

Earlier this week the suspect's blood alcohol content was revealed which was .10, but the public defender said a test was not given at the scene. He also said during Sanchez's conversation with dispatchers she did not seem that impaired.