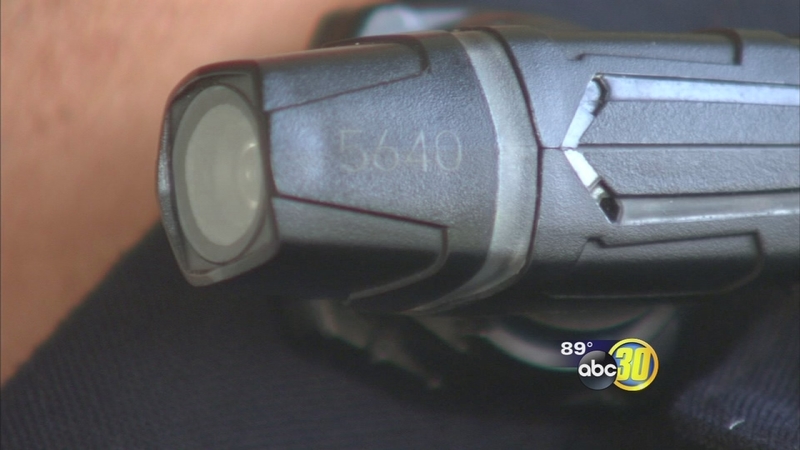 MERCED, Calif. (KFSN) -- Police in the North Valley are getting a whole new perspective on crime because of a small device which fits in the palm of your hand.

Kalvin Haygood spends a lot of time in high crime Merced neighborhoods known for human trafficking and drugs. On Thursday he found a pipe often used for crystal meth and several syringes containing blood and captured everything as evidence. "I got it on tape," said Haygood.

In 2011 an officer-involved shooting in the city left one person dead and wounded two others. Merced police say video recorded of the violence shows they had the right to fire. "The things we do and have to react to are split second decisions which make it hard to try and remember everything," said Haygood.

Soon after the shooting the department bought body cameras. Captain Tim Trindad says the cameras are especially useful to help many victims. "The power of that with the jury seeing that raw emotion and understanding truly the traumatic events that occurred to this person and how it affected them it's magical in court," said Trindad.

Rialto police who also use similar cameras say officers saw an 88-percent drop in the number of complaints filed against officers, and use of force by police went down 60 percent. Now Merced's department hopes everything this small device records will help everyone who lives in their city too.