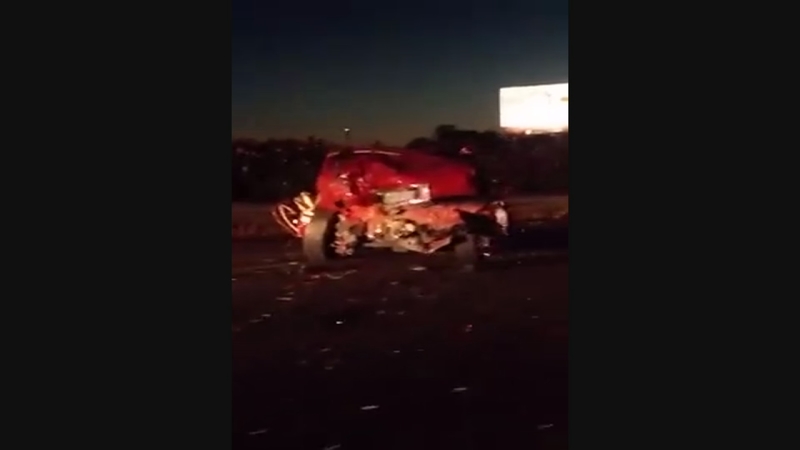 FRESNO, Calif. (KFSN) -- The driver of a car, traveling south in the northbound lanes on Highway 99, was killed after hitting two other cars on Tuesday night.

The California Highway Patrol said a 31-year-old Fresno man was driving a Cadillac going the wrong way on Highway 99 near Clovis Avenue, when John Mulhollen of Clovis swerved his Nissan out of the way to avoid a collision. However, the right front of the two cars collided causing the Nissan to flip over and the Cadillac to spin out of control. The Cadillac then hit Leon Holiday of Santa Paula in his Toyota -- which caused the Cadillac to flip over before coming to a rest on its wheels.

The driver of the Cadillac was killed. He has not been identified. Both Mulhollen and Holiday suffered minor injuries.

Investigators say they do not believe drugs or alcohol contributed to the crash, but said the incident is still under investigation.
Related topics:
fowlermalagatraffic fatalitieswrong wayfresno countydriver killed
Copyright © 2021 KFSN-TV. All Rights Reserved.
FRESNO COUNTY