Police warn of rise in break-ins, burglaries, and thefts in northeast Fresno

Catalytic converter thefts are among the crimes on the rise in Fresno.
KFSN
By Alyssa Flores 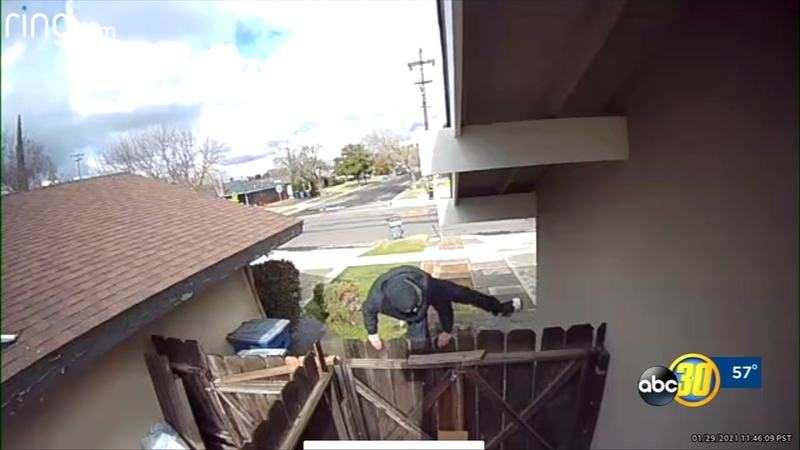 Police warn of rise in break-ins, burglaries, and thefts in northeast Fresno

But officers in the northeast part of Fresno say the concept remains the same - community members looking out for their neighborhood is still critical in addressing burglaries and theft.

Law enforcement says criminals are getting creative to gain access to homes.

Fresno Police say in two-thirds of break-ins, criminals access homes through the garage as opposed to a broken window.

Officials suggest not leaving your garage door opener in the car when you park outside. And locking any doors that provide access from the garage to the inside of your home.

"They will damage the little windows at the top portion of the garage, reach in with a hook and pull down the automatic, the lock-in cord that locks the chain drive of the garage," says Fresno Police Capt. Tom Rowe.

Catalytic converter thefts are among the crimes on the rise in Fresno.

Captain Rowe says in some cases, the value of the vehicle part is worth more than gold.

The part used on Toyota Prius models is particularly valuable.

Jose Robles was a victim of the crime just a few weeks ago.

"They showed up and they cut it (catalytic converter) off really really fast," he says.

Captain Rowe says these thefts happen so quickly, they are even taking place in public and broad daylight.

"We have had some video from a shopping center in the area and it was literally a matter of about two minutes and they were in, with the car, cut the item out and were gone," he says.

At a northeast Fresno neighborhood watch meeting this week, community members were eager to know if criminals were actually being caught.

Officials say in some cases arrests are made, criminals are released, and soon back to committing crimes.

Still, officers are asking the community for evidence that could help them catch would-be criminals before they strike again.

The northeast division will be holding neighborhood watch meetings over Zoom every month.