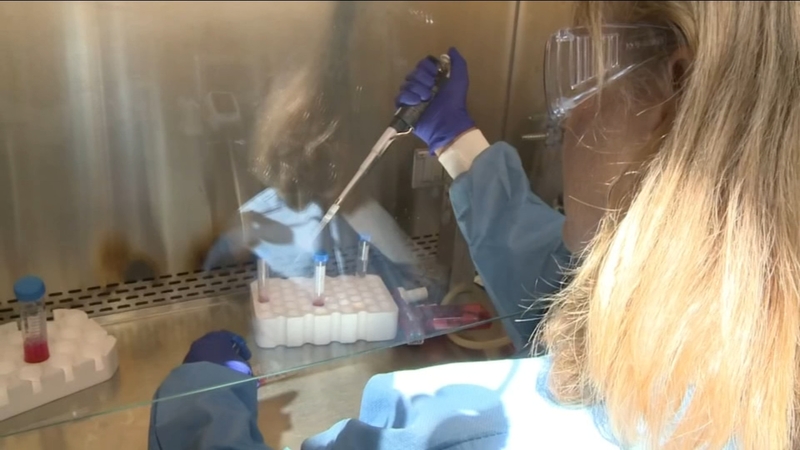 BOCA RATON, Fla. -- Late last month, President Trump signed into law landmark new opioid legislation. The Support for Patients and Communities Act is designed to stop illegal drugs at the border, and it establishes supports for other treatments, recovery and prevention.

Today, surfing is a great passion of James Fata, but earlier in his life was something else ...

"I tried my first drug at the age of 12, and then I quickly progressed to the one I liked the most, which was opiates," said Fata.

Like millions of Americans, Fata liked the way the pills made him feel.

"It numbed all the anxiety and negative emotions that were always in me," Fata shared with Ivanhoe.

Janet Robishaw, PhD, Senior Associate Dean for Research & Chair of Biomedical Sciences at Charles E Schmidt College of Medicine from Florida Atlantic University says the overprescribing of painkillers like Vicodin and oxycontin has led to a condition called opioid use disorder.

"This is a chronic relapsing disease that they're going to have for the rest of their life," Robishaw said.

Robishaw and her team at Florida Atlantic University wanted to know if some people were at a higher risk of developing an addiction to opioids, so they studied the genes of 25,000 chronic pain patients.

"About 20 percent of the patients clearly showed that they've gone on to show signs that they're developing an addiction," Robishaw told Ivanhoe.

Robishaw says the goal of the study is to create an "addiction risk score" to help doctors better assess patients.

"If we could identify the 20 percent of patients ahead of time that are at high risk of developing addiction we will not prescribe those patients opioids." She said.

After years of relapsing, Fata got clean thanks to treatment. He believes genetics may have played a role in his addiction.

"How the results could have been different if I were to have seen somebody and been assessed," Fata mused.

With hopes of saving others from addiction in the future.

Fata is currently pursuing a degree in social work to help others dealing with addiction. Robishaw hopes to create a predictor tool doctors can use in the next five years. Her study is supported by a $4 million grant from the National Institutes of Health.
Report a correction or typo
Related topics:
health & fitnessaddictionhealth watchopioids
HEALTH WATCH